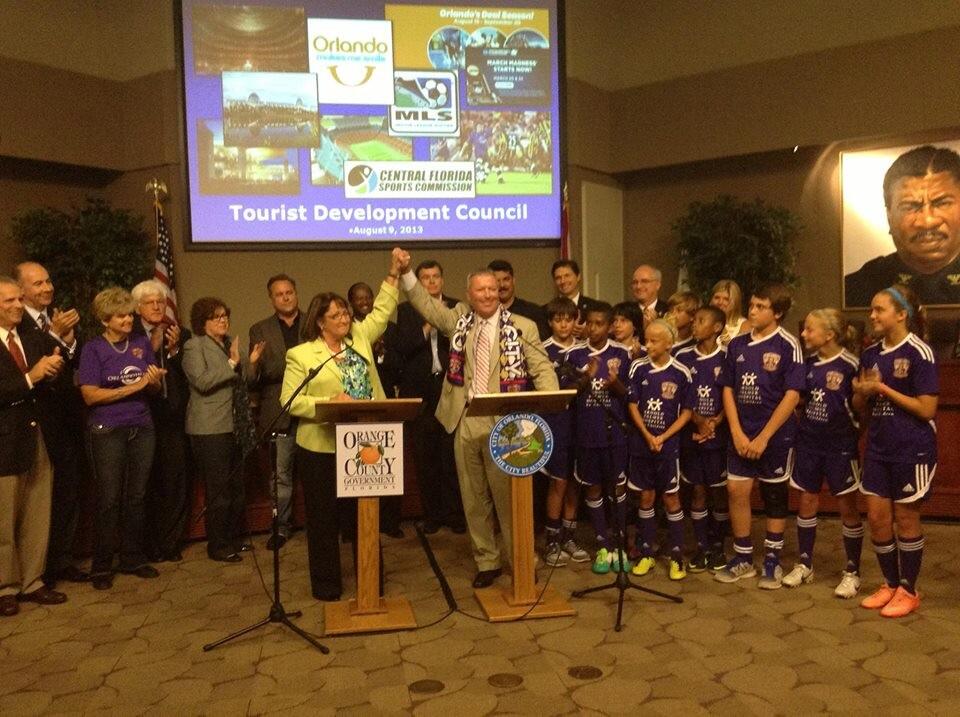 UPDATE August 9, 2013 6:00 pm: The Tourist Development Council approved the plan 8-0. The next step is for the plan to go to both city and county commissioners for a vote.

The City and County have agreed on a deal that would allow Orlando City Soccer to build a stadium downtown paving the way for Orlando to get an MLS team. The soccer stadium money is contingent upon the Orlando getting an MLS team.

The plan also calls for funding of the second phase for the Dr. Philips Performing Arts Center, more funding for citrus bowl improvements and tourism marketing dollars for the South American market and sports events.

All of the money comes from Orange County tourism development tax dollars.

The $94.5 million plan will be unveiled today but in a letter to county leaders here are the details Mayor Jacobs laid out:

All of this will have to be voted on my the Board of County Commissioners. We’ll let you know when that vote happens.