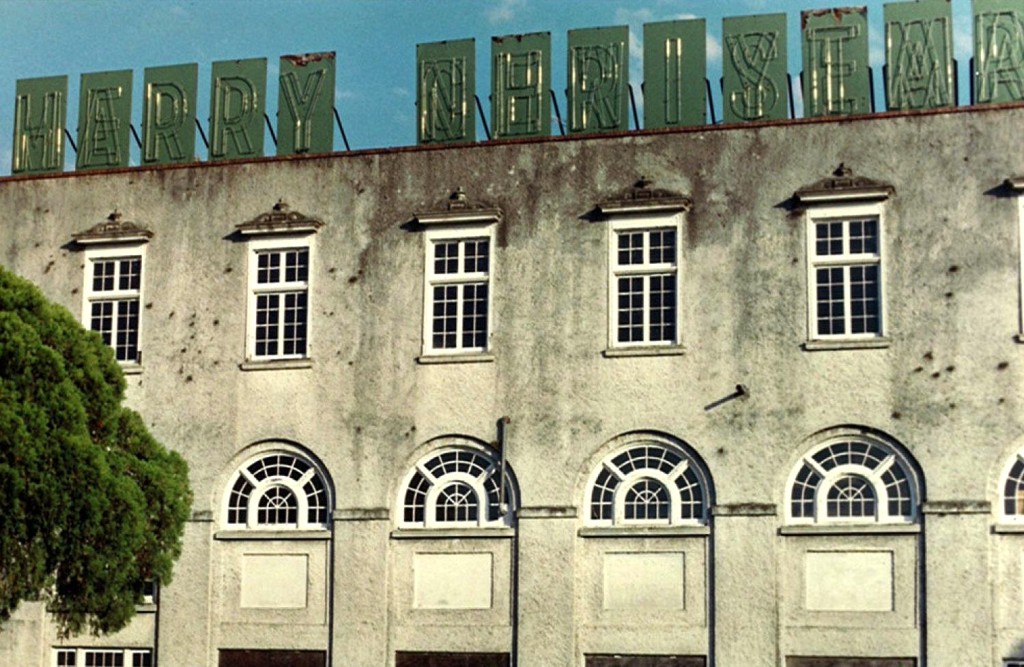 The 12 foot tall sign was a tradition on top of the OUC owned building. While we haven’t been able to track down the origins of the sign it appears that the sign lasted until the 90’s. The sign was large enough to be seen by cars on I-4.

Commissioner Stuart told Bungalower that in order to get the sign operational $50,000 was needed to fund the repair in addition to regular funding to pay for ongoing maintenance and operation.

Commissioner Stuart asked the other commissioners top pledge $5,000 from their  Capital Improvement fund which he agreed to match up to $25,000. Those funds will cover the repair costs of the sign which is still on top of the old OUC plant.

The Ivanhoe Village District main street program is pledging to raise the additional money to keep the sign operation from year to year. In September they will launch a fundraising campaign to help raise money to operate the sign. In order to have the sign ready and operational this year the District will need to meet their fundraising goals because the Commissioners funding will only happen if there is sufficient funding to pay for the year-to-year operational costs.

Between now and September you can except to see some testing of a sample letter (we’re not quite sure which letter) that they have ordered. If you spot the letter lit up be sure to grab a picture and send it to us.