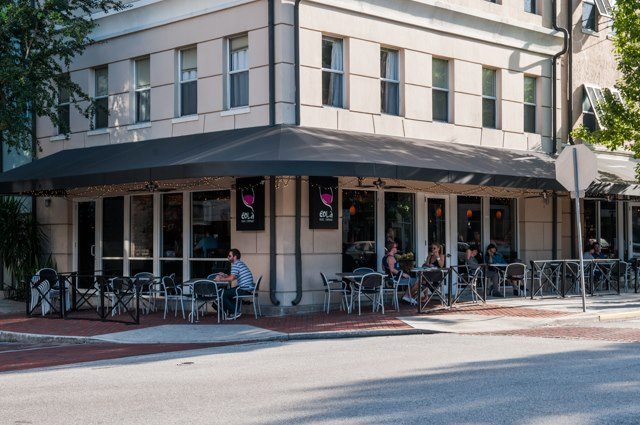 City Council members deferred the first reading of a proposed alcohol ordinance that would have allowed bars within the Downtown area to serve alcohol until 3 a.m. the mornings following Thursday through Saturday. However the bars would have been required to file a Late Night Permit in order to do so.

A bar who took advantage of the new Late Night Permit would not be able to allow anyone under 21 to enter their premises after 10 p.m. Downtown bars who did not have a late night permit (because they did not file or renew or because it was revoked due to a violation) would only be able to serve alcohol until midnight. Additionally, any bar that has a Late Night Permit would be required to use electronic ID scanning if they have a capacity over 100.

Over fifteen business owners or their representative spoke to the city council last night. Most spoke out against part of all or the ordinance.

Business owners took issue with the ID scanning, appeals process if there were violations, their right to due process, issues with small music venues who would not be allowed to have anyone under 21 and the boundaries of who is part of the downtown district.

Eola Wine Company owner Scott Schrope told the city council that it didn’t make sense for him to have to use ID scanning technology in Thornton Park. “I am not interested in staying open any later than I have in the past,” Schrope said.

Business owners from outside the downtown area such as Parliament House owner Don Granatstein and Cowboys owner Steven Sullivan say the new ordinance would have created an uneven playing field. Both told the city council that they were against extending drinking until 3 a.m. but that if the city was going to extend the hours, they should do it for the entire city.

Aaron Wright who owns Backboth a smaller live music venue downtown said that if the ordinance passes “Backboth will be put out of business.” He says this because he wouldn’t be able to have anyone under 21 inside his venue and he says that no music promoter would want to host an concert at a venue that is only 21 and up. There was a music promoter and other venue owners who agreed with this.

Independent Bar Owner John Gardner said he was against the ideas in the proposal. He understood that the city doesn’t want everyone flowing out of the bars at 2 a.m. and that an extension might allow people to leave gradually, but he said that extending the drinking hours will not increase our revenue” he said sales diminish as you get later and later.

None of the Commissioners seamed to support the ordinance in it’s current form. Commissioner Patty Sheehan was outspoken against it and said that while she wants a safe downtown “Theres a lot of things wrong with this. There are a lot of things that aren’t fair to people.”

Mayor Buddy Dyer asked the Downtown Development Board and the Police Chief to work with business owners over the next ninety days to come up with solutions to the objections. “Even though we’ve been at this for 14 months…enough issues have been raised and we need to do more work on this,” he said.

Dyer encouraged business to come to the table with ideas on how to improve the ordinance, “We heard a lot of problems with the ordinance without a lot of solutions,” he said.