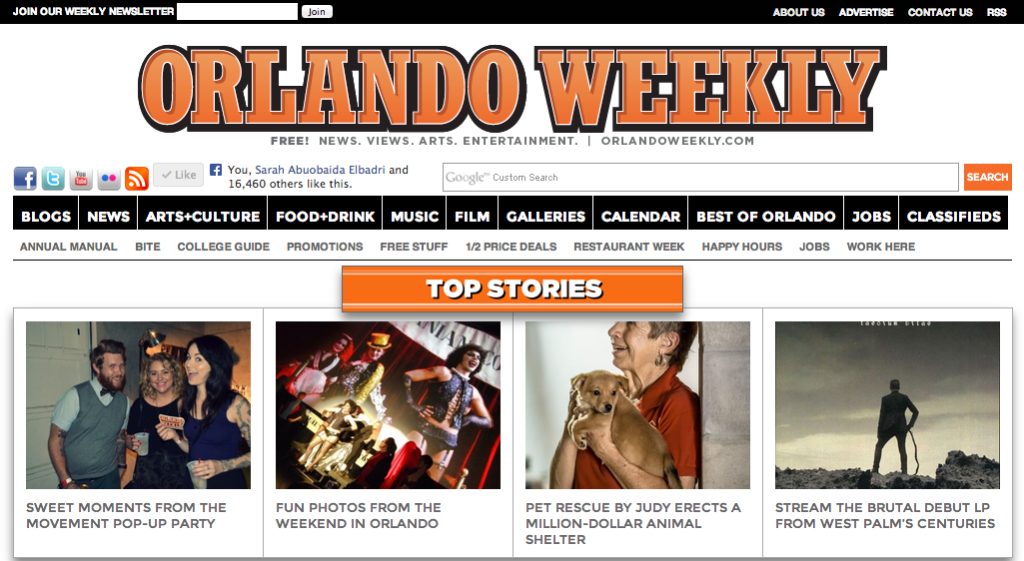 The Times-Shamrock Company has announced that is is selling multiple dailies and alternative weeklies which includes the Orlando Weekly.

The Orlando Weekly posted the sale announcement on their site and included the following:

“The Orlando Weekly has been a strong, profitable investment for us for many years,” said Scott Lynett, CEO of Times-Shamrock Communications. “As we look to diversify our family’s holdings, it made sense for us to offer Orlando Weekly for sale to someone who could take it to the next level of growth.”

General Manager for the Orlando Weekly, Graham Jarrett, expressed enthusiasm for the long-term prospects of these multi-media properties.

“It will be business as usual for all of us in Orlando during the sales process,” Jarrett said.  “We are going to continue to serve our readers and advertisers, just like we do every day.”

According to TheTimes-Tribune.com (a Times Shamrock Paper) the papers for sale are:

All of these papers have been strong, profitable investments for us for many years. We have enjoyed operating in these diverse markets and the decision to sell was difficult. However, as we look to refocus and double-down on our efforts at home in Northeast Pa., it made sense for us to offer these more distant papers for sale to someone who could take them to the next level of growth.

In a statement, Michael Wagner, the regional publisher for the Baltimore, Orlando and San Antonio alt-weeklies said “It will be business as usual for all of our alt weeklies during the sales process.”