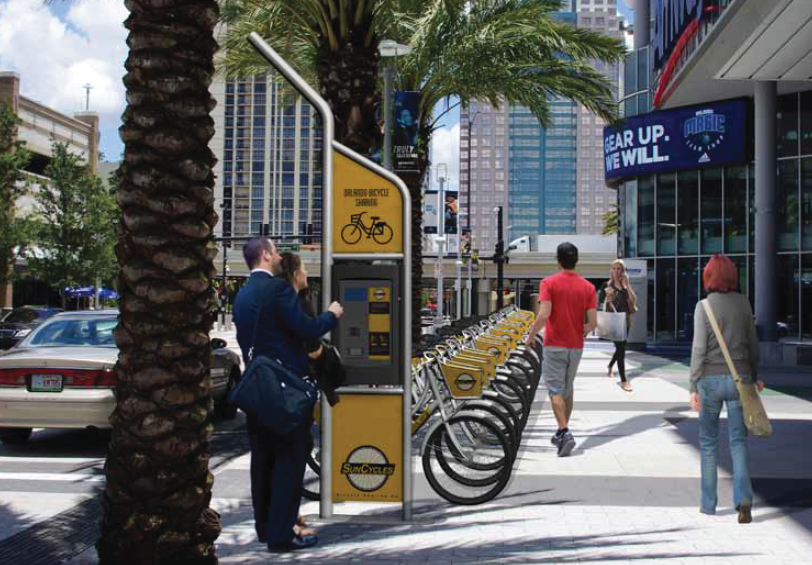 As part of their proposal to the City of Orlando to operate a bike share program, CycleHop proposed 30 locations for their bike share hubs.

CycleHop, in partnership with SunCylces, was one of two companies to respond to a request for proposal from the City to manage a bike share program.

B-Cyle, the other company that responded to the RFP did not include any suggested locations. Instead stating in their bid “We will work with the City to identify 1st tier and 2nd tier locations, determined by multiple factors.”

The hub stations proposed by CycleHop were determined, according to their bid, based on several factors including existing and proposed bike lanes and bike parking, population and FourSquare checkins.

CyleHop’s proposal also allows for users to return bikes to non-hub locations. If they do so, the user might be assessed a small fee and the next user incentivized to rent that bike and return it to a hub. Each bike would have GPS and users would be able to use their mobile device to see all available bikes.

We should hear soon on which company won the bid from City.

Here are the hub locations proposed in the CycleHop proposal:

The racks refers to the number of spaces for bikes in the location.

Even if CycleHop is chosen by the city these locations could change. Especially those requiring approval from the businesses.

And a map of the locations: