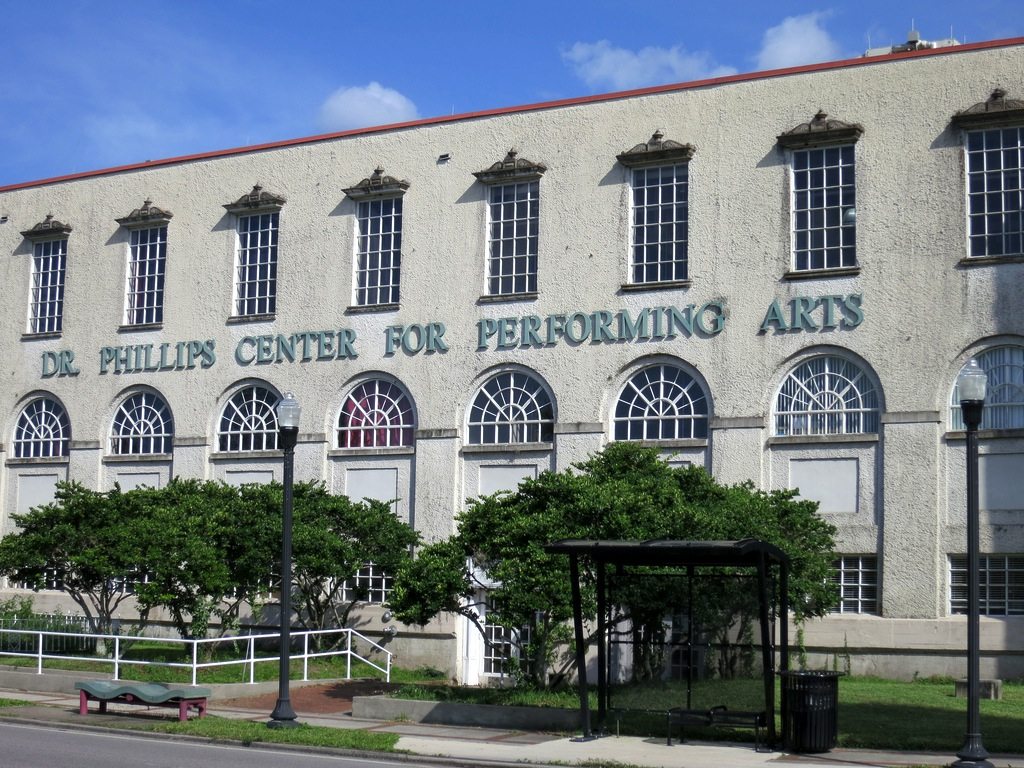 The three arts groups were forced to move after mold was discovered in their building. They were using the old OUC plant just off Lake Ivanhoe at 1111 North Orange Ave [GMap]. The Orlando Ballet company will be moving into Church Street Exchange building until end of 2013. The ballet school is moving to the a warehouse at 2201 Mcrae Ave in Health Village/Ivanhoe Village [GMap].

While, the ballet company began rehearsals yesterday downtown, the warehouse needs a bit of renovation but should be open for classes in about two weeks.

In the meantime classes will also be held as the Orlando Science Center, Shakespeare Theater and Lake Highland as well as at the ballet’s two satellite schools until they move to Health Village/Ivanhoe Village location.

Once final renovations are made to the warehouse the ballet company will move out of the exchange building and join the school in the warehouse space by the end of the year.

“This move, while temporary, is great news for the Orlando Ballet as we prepare for our season beginning with Tribute on Oct. 18, a shared celebration of the ballet’s 40th anniversary as well as my fifth year with the ballet,” said Orlando Ballet Artistic Director Robert Hill. “In spite of some recent challenges, I’m pleased to say that this promises to be our best season ever.”

Click here to find out about the upcoming Orlando Ballet performances.

The Florida Symphony Youth Orchestra has been making use of other art groups spaces while they search for a more permanent solution.

Heide Evans, Executive Director of the Florida Symphony Youth Orchestra told Bungalower, “we were at Bob Car last week and this coming week we will be at the Plaza on Sunday.”

Of their four orchestras is was only the Symphonic Orchestra that was displaced which is about ninety students. Once they settle on a permanent location we’ll let you know about it.

Click here to find out about the upcoming Florida Symphony Youth Orchestra concerts.

The Central Florida Community Arts group is currently using Central Christian Church on 250 SW Ivanhoe Blvd not far from the previous building. They are using this location as the headquarters for their school.

Their choir, orchestra, and kids program continue to rehearse and perform out of church and school campuses across Central Florida.

CFCA Executive Director Joshua Vickery told Bungalower “we are in the process of still trying to find a new home that fits the needs of our school and administrative offices and a permanent location for our orchestra rehearsal.”

Click here to find out about the upcoming performances from Central Florida Community Arts.

Not Just Any Space

For these arts groups it’s not just a matter of finding any space. Each group has their own unique requirements for space.

Evans told us that it’s more than just having space that’s big enough for the Florida Symphony Youth Orchestra, “we have to take into account how the acoustics of the space will impact [the orchestra].” She also mentioned that sufficient parking is an issue as students are at times hauling large instruments.

The Ballet faced their own challenges. Orlando Ballet spokesperson Sara Brady told Bungalower, “Getting the space was extraordinary. Generally, when a business the size of the ballet moves, it takes six to eight months of planning, searching and getting it completed. In this case, it happened in about thirty days.”

The Ballet’s requirements made it even more difficult to find a suitable space. “The ballet needs special flooring, which they have to special order and install; they need extra high ceilings due to lifts required in ballet and they need open space for the  dancing. Finding all that in one location is virtually impossible,” Brady added.

The temporary location is missing some things they were used to in the old location. In their prior location the Ballet had half a dozen rehearsal rooms, now they will only have two or three.

The old OUC Plant known as the Dr. Phillips Center for the Performing Arts (not the new one) is still owned by OUC.

In the 1980’s after the city recognized that it would cost more than a million dollars to tear down the building they asked for proposals on what to do with the building. One proposal was to turn it into an arts building.

The Ivanhoe Foundation was formed as a non-profit to raise money to pay for the conversion of the building. The Foundation took out a 1.2 million dollar loan (which OUC co-signed) and the building was converted and opened in 1992. The foundation spent over $4 million to renovate the building much of it coming from grants from the state of Florida and the Dr. P. Phillips Foundation.

The Ivanhoe Foundation has continued to support the operations of the building including replacing the air conditioning and conducting roof work on the building.

At this point no one is quite sure what is in store for the building after the mold discovery.

“We want to take care of the human factor first that’s what we did. Now we’ll figure out what happens with the building,” OUC spokesperson Tim Trudell told Bungalower.

Trudell estimated that the repairs needed to  remove the mold could cost several million dollars . “We have to look at cost benefit analysis for what needs to be done to make it safe,” he added.

We asked him about concerns people have had that the building would be demolished and if that was on the table as a possibility, “I haven’t heard that we are going to do that but I wouldn’t say it’s completely off the table,” he responded.

Trudell did acknowledge the buildings significance, “There’s definitely historical value and significance of the building. It’s not just some warehouse. It’s part of Orlando history and I would suspect it would be there for some time.”