Construction is underway on the Central Station development located in Downtown Orlando. The development is at 400 N Orange Ave between Amelia St and Livingston St. It will connect the Lynx and new SunRail station to Orange Ave [GMAP].

The $200 million transit-oriented development will be built out in phases by RIDA Development Corporation. The first phase includes a 6-story mixed use apartment building with garage and a six-story hotel.

The current construction is for the first part of Phase 1 which is the apartment building located on the northern part of the property.

If you peer over the construction wall right now you’ll see most of the work being done on the southern portion. “The initial groundwork for the north side was completed two months ago we are just prepping the south side for additional phases of development,” Clay Beck a Senior Associate of Development with RIDA told Bungalower.

The building, called Crescent Central Station, will include 278 apartment units and 15,000 square feet of retail space on the ground floor.

According to Crescent Communities the building will offer amenities such as a demonstration kitchen, double-level fitness center, bike repair and pet care.

Crescent purchased the northern part of the property from RIDA. RIDA will continue to develop the other aspects of the Central Station project.

Beck told us the next piece will be the hotel. “We are currently finishing up a market study. [The hotel] should follow the residential shortly.”

The focus of the development is on using alternative transportation methods. It’s proximity to SunRail helps with this. “We are very excited about SunRail we feel like that is the key competent that make s our project different,” Beck said. He added that they are “creating mixed use development that enables people to leave their car at home and get around the city with less of a footprint.”

As part of the focus on alternative transportation, RIDA has an agreement with Lynx to turn their parking lot, which is in-between their property and the SunRail track, into a one acre urban park. The park will be an extension of Gertrude’s Walk, which will eventually connect to the Orlando Urban Trail. Aspects of the park include an off-leash dog park connectivity with a pedestrian “paseo” to Orange Avenue.

Photos of the construction site, renderings, and site plan after the jump. Rendering showing how the apartments will look from Gertuede’s Walk including the fenced in dog park on west side of the building. 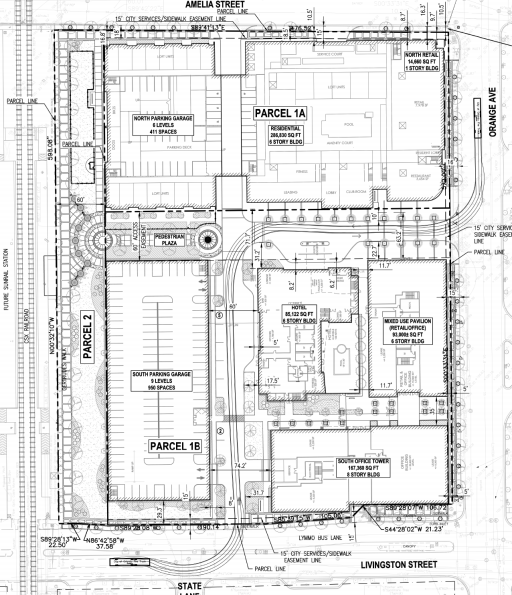 Overall site plan for all phases 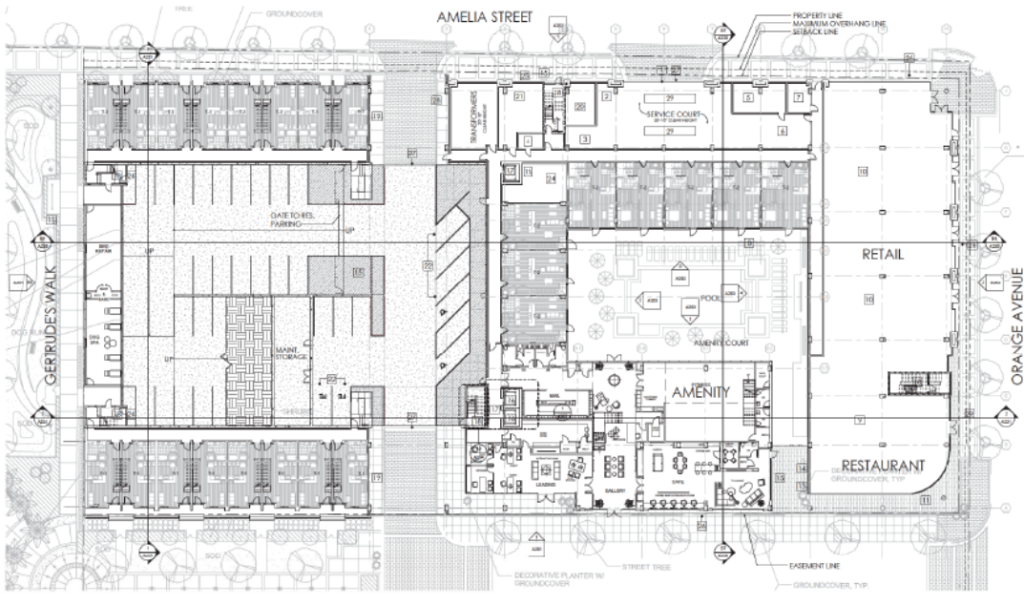