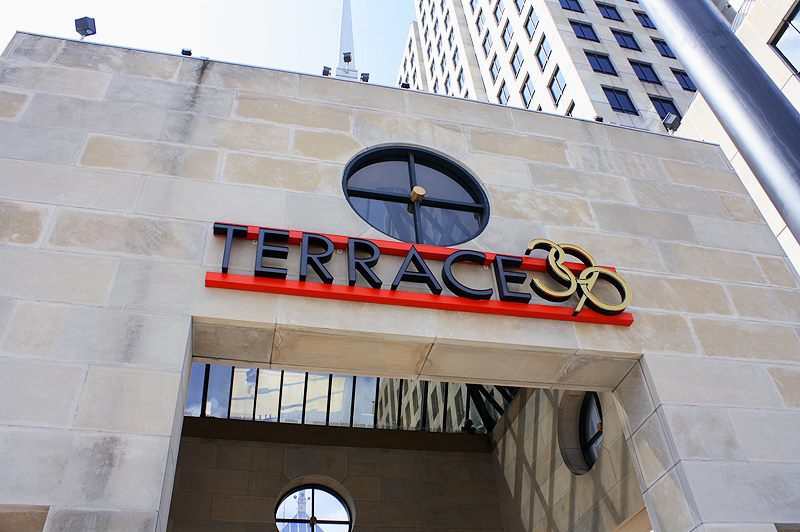 Terrace 390 Rustic Grill (Website | Facebook) opens today in the Bank of America building. The restaurant located at 390 N Orange Ave will keep the name from the previous tenant but the owner promises a new concept.

He understands the issues the previous tenant had establishing an identity and so he’s focused on making it clear that they are a restaurant with a bar and not a sports bar with food.

He’s bringing in two chefs one with Latin food experience and the other with over 15 years of restaurant experience. “We are bringing a bit of depth into the kitchen,” Miro said.

On the terrace you will find a tapas menu and inside you’ll find a Latin bistro menu.

He says most of the items on the menu are things that people will recognize but with  a Latin twist. His wine list, he says, reflects the menu with a Latin and Spanish influence.

He also says he’s using as much local food as possible; including fish, produce and most of the meat.

Miro has been in Orlando for seven years. Before that he was in Puerto Rico. He has run four restaurant over fourteen years. He says that for him something like farm to table isn’t just a concept it’s all that he knows from growing up in Puerto Rico.

“It’s difficult to find farmers that have the capability to provide the same product throughout the year. [It] took months to get a list of providers,” he said.