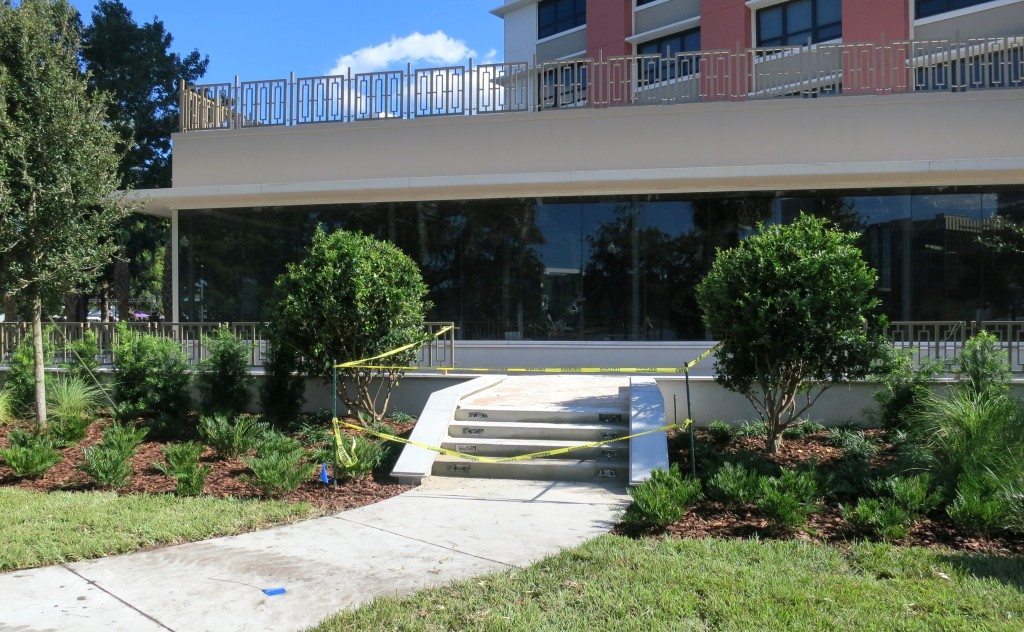 We mentioned the patio back in August because the height of one of the walls was blocking the view of Lake Eola. That has been fixed and the patio is now complete.

That patio will be part of the World of Beer (Facebook) which plans to open in that location in the first part of next year.

Post Properties who owns the building had the patio built and worked with the City of Orlando to lease the park space that the patio occupies.

We’ll keep you updated on the progress of the World of Beer.

More photos of the patio: