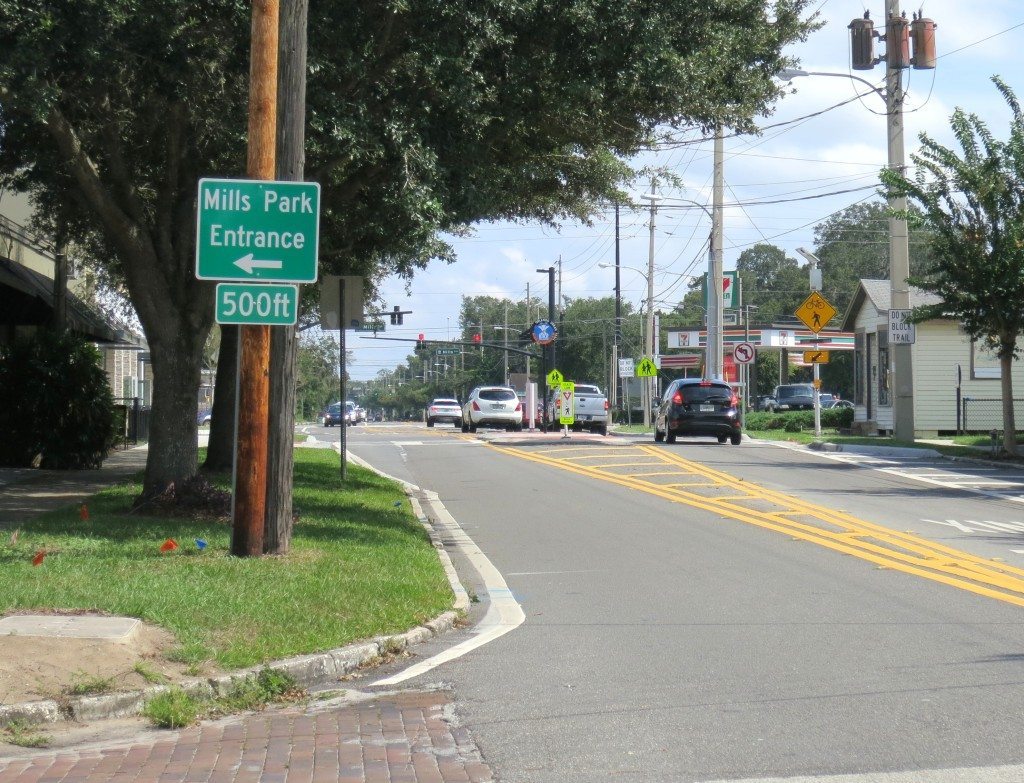 The idea is to discourage drivers from waiting to turn left from Virginia Drive directly into the Mills Park entrance on Virginia Drive. When cars did this they would end up blocking the trail.

“We had about twenty residents at the meeting [Tuesday] night,” said Lake Formosa Neighborhood Association President Gordon Spears. “I likened our concerns with Mills Park to growing pains, and reminded everyone that as our neighborhood becomes more urbanized, we would have to deal with urban-style problems such as parking and traffic. It’s just part of growing up,” he added.

The residents and the City continue to meet to workout a permanent solution to the neighborhood’s concerns.

“We look forward to putting this issue behind us. We have so many other things that we want to work on together with the city such as bicycle trails, and the expansion of the Lynx LYMMO system to our neighborhood,” said Spears.

First Watch is scheduled to open at Mills Park later this month.