The restaurant describes itself as naturally good fast food. Dogmatic currently is a concept out of New York City that started as a food truck. This will be their first location outside of New York City.

The Orlando connection is through Brad Blum a Winter Park restaurant investor who now owns Dogmatic.

Here is how Blum described the concept in the interview:

It’s dogs, burgers, fries and sodas – but each thing, we’re making it better, better-tasting and better for people. The Dogmatic dogs, for instance, come in different varieties – grass-fed beef, pasture-raised lamb, free-range chicken, all-natural pork, and then we have an asparagus that is seasonal … for vegetarians. We have artisan bread baked fresh every day. We make gourmet sauces. You take the bread, cut it in half, put it on a spike, which is an idea I’ve experienced in Europe and various countries … You make a cylinder and it toasts the inside of the bread. You put the gourmet sauce of your choice and then the dog. …. The fries are Yukon gold potatoes. We have no fryers in the restaurants. They’re air-baked, really hot and crispy. Much lower in calories and fat than traditional French fries. Our handmade sodas are made out of real fruit and spices and herbs.

Dogmatic will be going into the building located on the northwest corner of Mills Ave and Nebraska St. The building is identified in the map below as BLDG 8. Construction on the building has not begun so we imagine it will be quite a ways off before they open.

Scott Joseph visited their Manhattan location and shared some of his thoughts on his site.

We reached out to Dogmatic to find out more details on their plans and have not heard back. 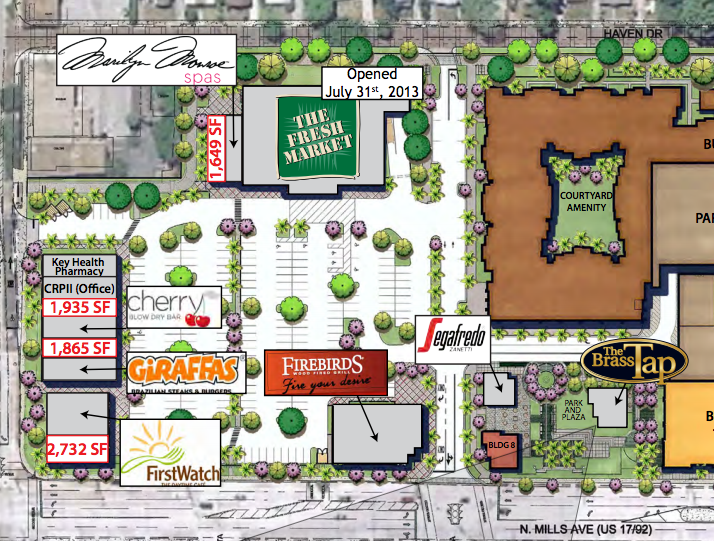