The sculpture is titled “Discovery Muse” and the Kentucky artists tells Bungalower that she’s a Muse “for anybody, anytime, anywhere to help inspire the hidden potential with everyone.”

The sculpture is 40 feet long and is made of limestone and earth which will eventually be covered by grass.

White noted how unique of an experience it’s been to install Muse in Orlando both because of what she called one of the best locations she’s seen, the reaction from people walking by and the fact that the city is using private money to fund eight art pieces at one time.

The eight sculptures will be part of the See Art Orlando unveiling later this month [Event Info].

The other seven sculptures that have already been installed are:

The sculptures are being paid for by private donors.

Here are some other pictures of Discovery Muse at Lake Eola Park: 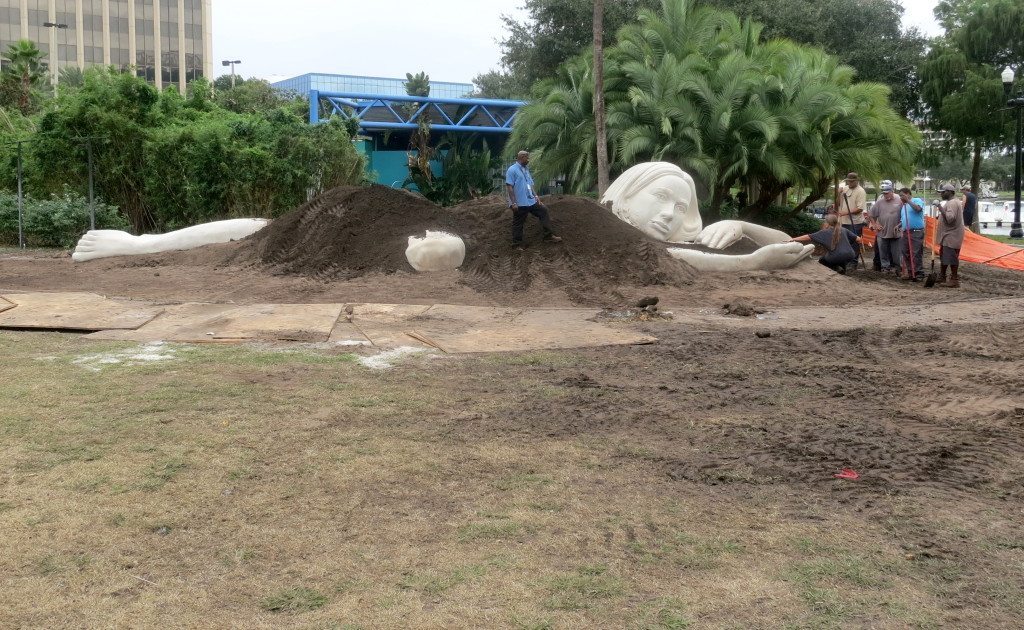 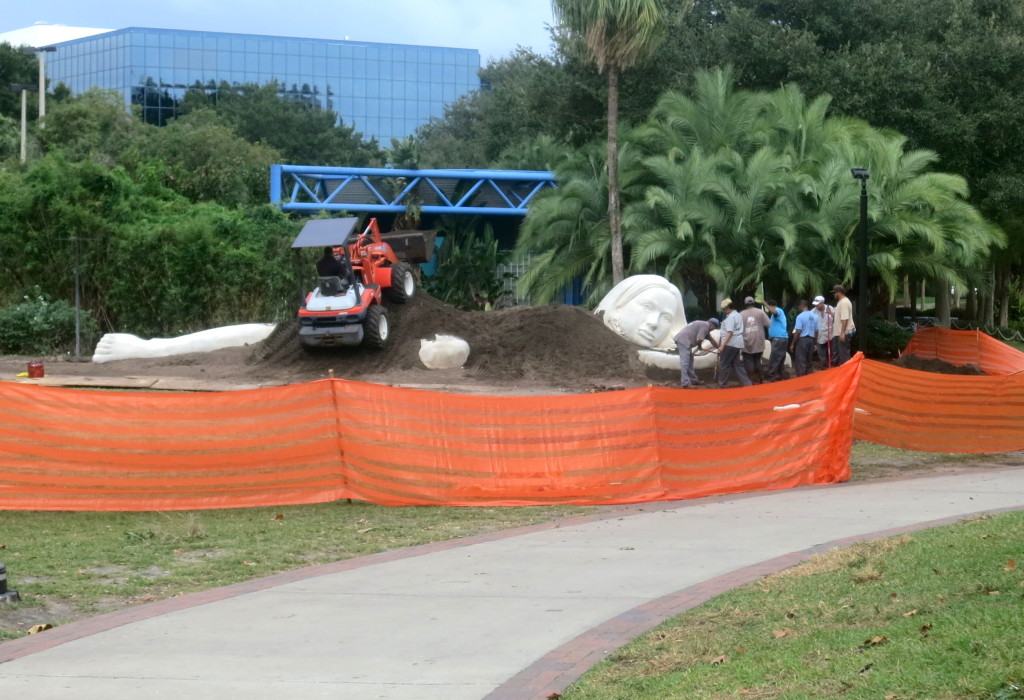