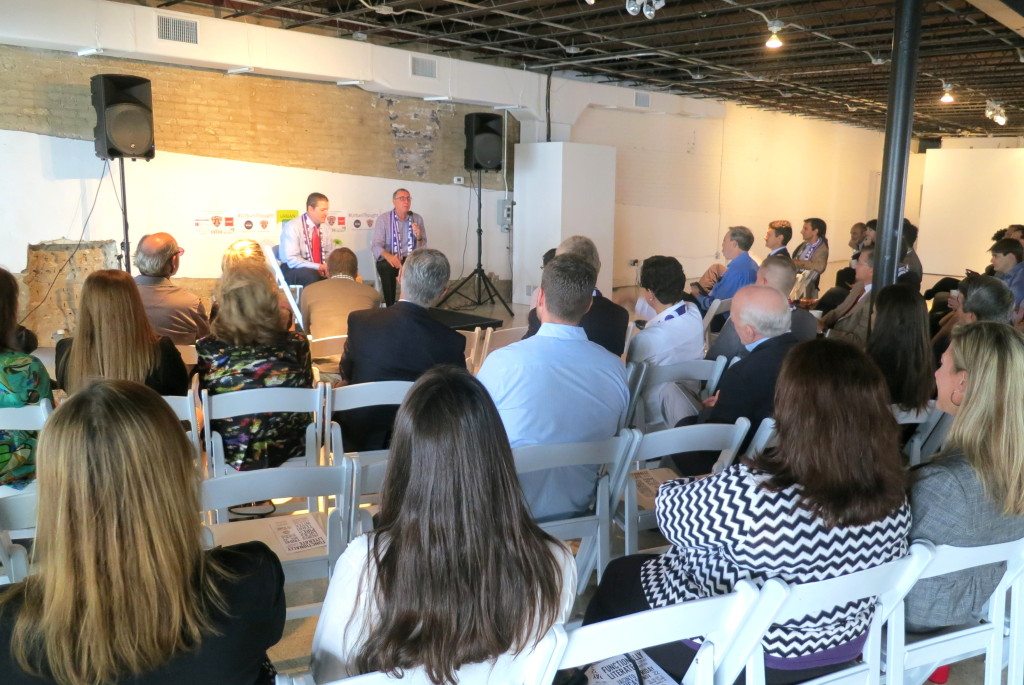 It turns out that the interest in investing in the Orlando City Soccer club came not just from the Orlando and the soccer communities, but also from some celebrities.

The investor that Rawlins was looking for at the time ended up coming from what he found to be an unusual place, the youth soccer league.

“One of the coaches came into my office and told me ‘I have a parent you need to meet,'” Rawlins told the crowd gathered at Snap! Space in Mills 50.

Knowing how soccer parents can be, he said he was quite hesitant .

Orlando City Soccer recently announced they will be entering the MLS in 2015 in their new stadium. They will play next year’s season at Disney.

Regarding the new stadium Rawlins said the goal is to “make it a passionate place to be and to make this the most difficult place for anyone else to play.”

For example they are focusing a lot on the roof design. He says it’s not there to keep the rain out or provide shade, “the roof is to keep the sound in.”

He admits it may not be the fanciest venue in Orlando “we can’t build the Amway center.” Instead he says “tt will be the coolest place to hangout in Orlando.”

At the event Rawlins also spoke about the impact soccer will have on the community including it’s impact on the downtown area and Parramore.