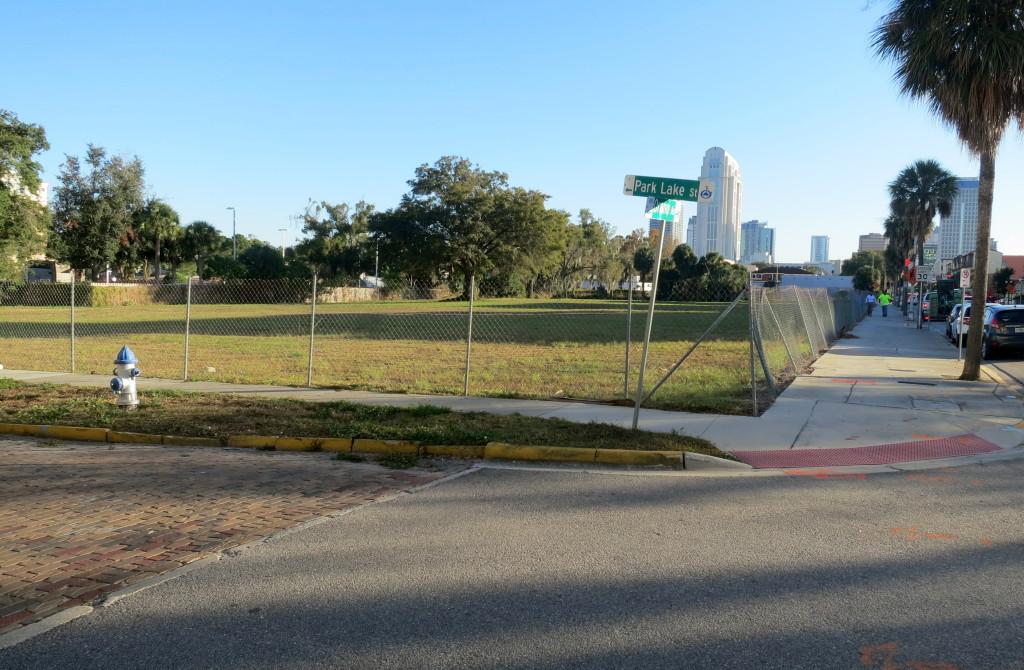 The Sevens, a mixed-use building project at 777 N Orange Ave in the uptown/north quarter area [GMap], is scheduled to break ground in the spring with an eventual opening in the fall of 2015.

The nine-story building is being developed by Pizutti.

The retail space will be along Orange Ave on the northern half of the building.

Naeem Coleman, Manager of Economic Development for Pizzuti, tells Bungalower that they expect a restaurant and service retail to occupy the space.

“The Sevens will be a luxury 9 story building with the amenity area on the top floor. This will give us amazing views of the southern skyline while offering a neighborhood feel,” Coleman said.

The project dates back to December 2008 when Pizutti first proposed an 11-story building on this property.

Here’s a look at the latest renderings for The Sevens and the floor plans:Orange Ave: