The City of Orlando is looking to remodel to City Commons Plaza which is the plaza just outside City Hall that connects the two CNL towers [GMap].

The desire is to have a “more seamless design the developing Performing Arts Plaza across Orange Avenue, as well as refresh the design of the plaza itself,” according to a City staff report.

The main design elements include

The City asked the Appearance Review Board to review the plans to provide feedback before moving forward.

Also included in the plans is the layout for the Performing Arts Plaza and plans to add interlocking pavers across Orange Ave and possibly to install bollards along the middle of the block to prevent pedestrians from crossing at mid-block.

The current City Commons Plaza was built in 1991.

Here’s a look at the conceptual plans that went to the Appearance Review Board for feedback: 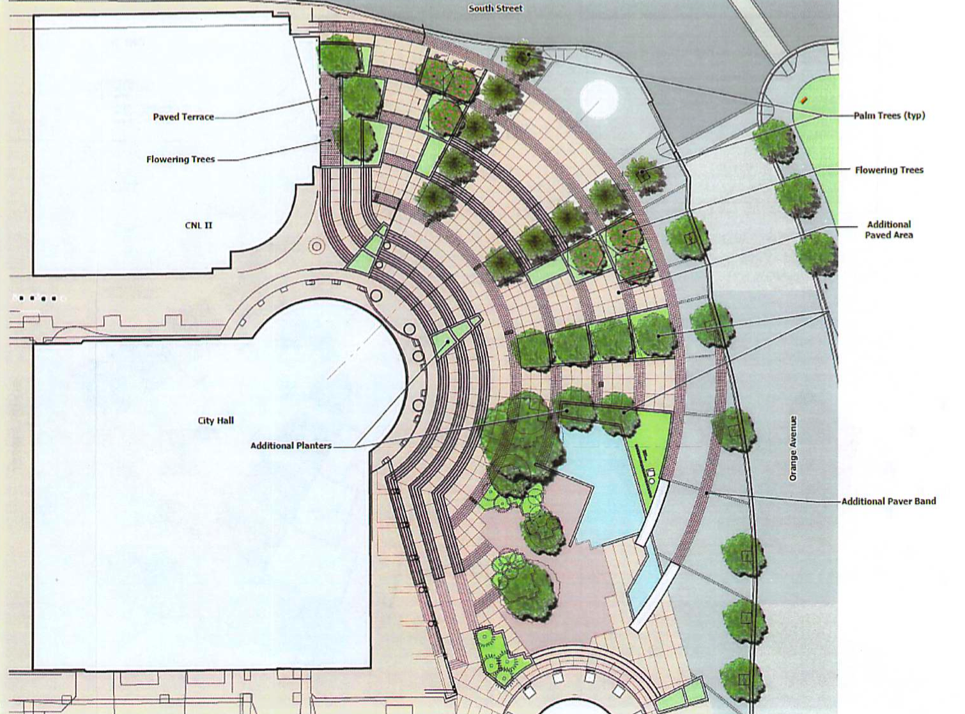