We’ve been telling you about Cafe Red on Church Street and now it’s open.

Cafe Red (Website | Facebook) is located at 54 West Plaza in the Church Street District [GMap] in the space previously occupied by Five Guys.

The new concept is from the same guys behind Graffiti Junktion; Greg Peters, Tom Hughes and “Tattood” Bill Roberts.

Roberts tells Bungalower the new idea is all about “trying to bring the fun back into fine dining.”

He says they want to create a great spot for lunch or a special occasion dinner and everything in-between.

To keep the environment fun and still offer affordable options he says they will have price based or cuisine based theme evenings. They’ll also have regular martini specials.

They have a hand-picked wine list that he describes as “affordable esoteric bottles that you don’t see every day.”

The atmosphere is upscale than Graffiti and the portion size slightly smaller, but he says they want to keep the same upbeat positive vive.

Here’s a look at the inside of Cafe Red and the menu for Cafe Red: 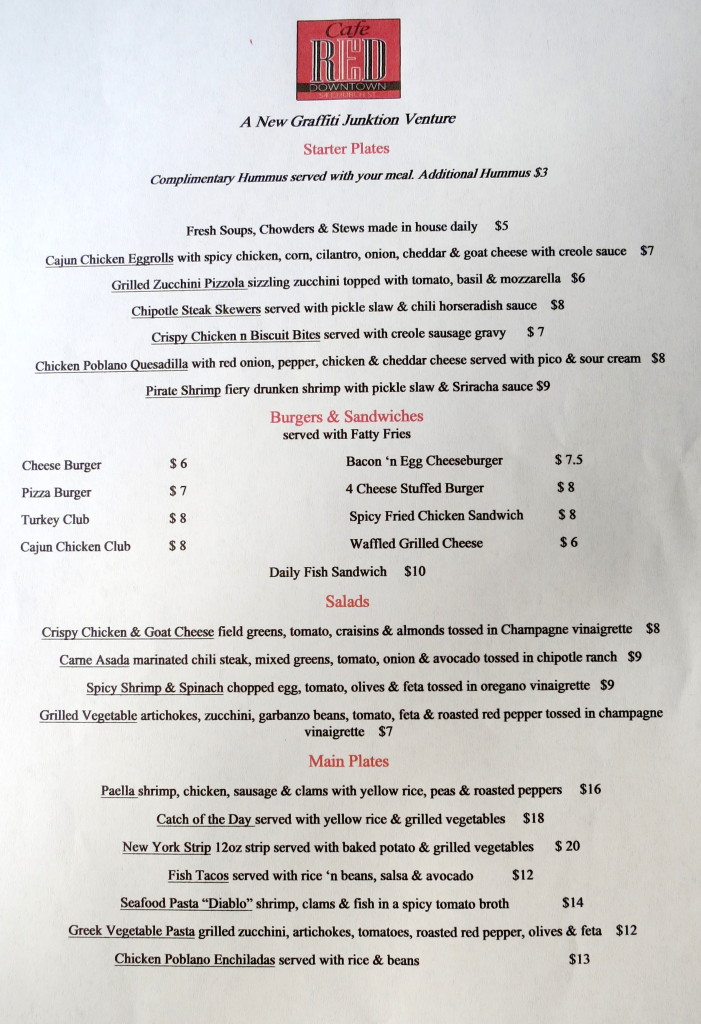