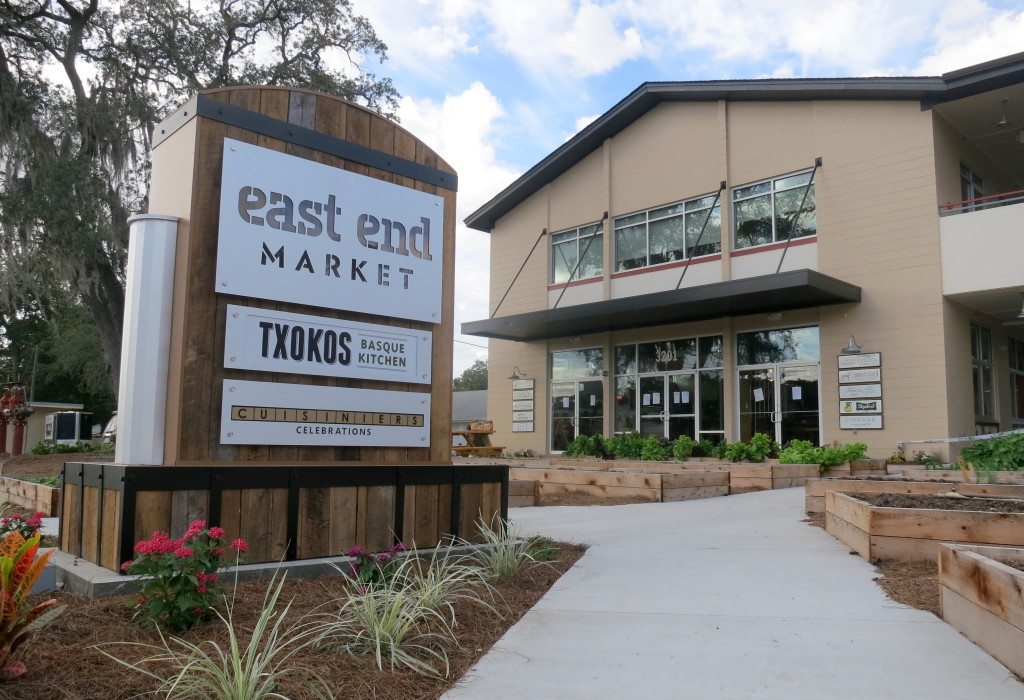 At only a couple thousand square feet the Walmart Neighborhood Market will be slightly smaller than their typical store, which is around 40,000 square feet.

A Walmart spokesperson assured Bungalower that they feel that Audubon Park Garden District and East End Market are a great fit for them.

“We know there are residents in Audubon Park that travel long distances to shop at Walmart, and this is an opportunity to be closer to our customers and have it be more convenient for them,” said Walmart spokesperson Dona Marcy.

It’s also clear that Walmart plans to play up the affordability of their items.

“Being able to offer East End shoppers another option for affordable grocery shopping is why we looked at East End and why we are so excited to announce the store,” she said.

According to Walmart officials, the market will feature a “wide variety of products, including fresh produce, deli foods, bakery items, household supplies and a full-service pharmacy.”

John Rife with East End Market confirmed for Bungalower that Walmart has leased the entire first floor of the market.

“We’re working to figure out the best way transition the existing vendors to the second floor,” Rife said.

The problem is there isn’t enough room on the second floor.

“We’ll probably need to reduce the number of local vendors but we think that the options Walmart will provide will greatly make up for any offerings we lose,” he added.

The market is expected to open one year from today on April 1, 2015.