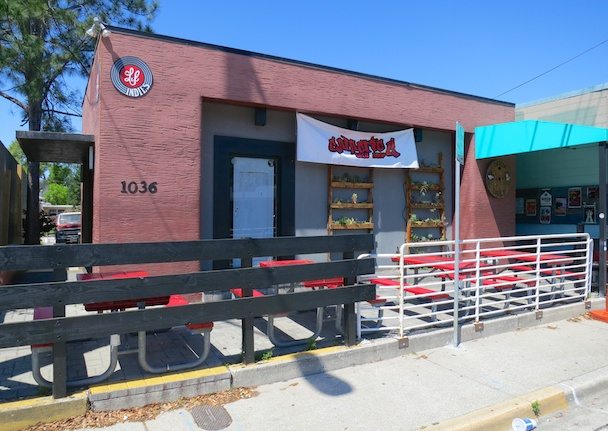 We told you that Will’s Pub and Lil Indies are now serving full liquor. One of the reasons for this change is that Lil Indies will be becoming Daughters and Co. (Facebook) sometime this summer.

Owner Kaitlyn McGavock tells Bungalower they want to continue to offer the great craft beer that Lil Indies has become known for but also introduce cocktails.

“It won’t be pretentious, but it will be different from Will’s,” McGavock said.

“We want to offer a high level of service with innovative drinks. A more grown up place on the strip,” she said.

The name Daughters and Co. comes from McGavock’s side business of making homemade bitters. The idea is it’s a tradition passed down from one generation to the next.

And while McGavock is clear that the bar won’t be pink she does say it will be a welcoming environment for women.

She says they are also planning on a monthly social club for women, where women from different trades would come together to learn and enjoy a nice bottle of Scotch.

The space will feature table service, an outdoor patio and a rooftop herb garden.

They are going to try to only have to be closed from one month for the transition from Lil Indies to Daughters and Co. We’ll be sure to keep you posted on when that happens this summer.