Update May 13: Click here to see the new logo.

UPDATED May 12, 2014 4:40 p.m. to reflect that the temporary permit passed City Council and add additional information on the artists and the Snap! Space exhibit.

Orlando City Soccer will announce a new logo tomorrow. Bungalower learned that as part of their announcement the team plans to install seven temporary murals around downtown that will feature the new logo.

The seven murals will feature the new logo as part of a larger scene. In the two example sketches (shown above and below, provided in documents going before City Council today, the logos are seen on what looks like a fan foam finger.

According to a press release from Orlando City Soccer, the private buildings that will house the murals are: WBQ Design and Engineering, The Jungle, Say it Loud, Dexter’s Thornton Park, Harry Buffalo, Seminole Soccer Complex, Maximum Entertainment Group, and the electrical box at the corner of Bumby Avenue and Colonial.

This list differs from what was passed by City Council today and we’re checking to see why.

The murals are temporary and must be removed by June 9.

On Thursday, May 15, each artist will have pictures of their murals and several other pieces of their work featured at an art exhibit that will be held by Orlando City SC at Snap! Space.

Here’s a look at the seven locations and the other sample sketch (click for larger image): 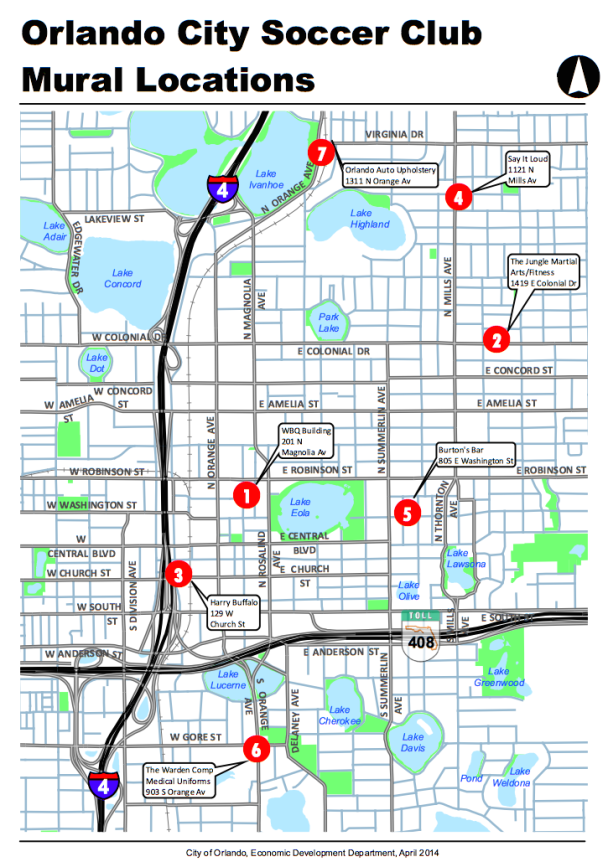 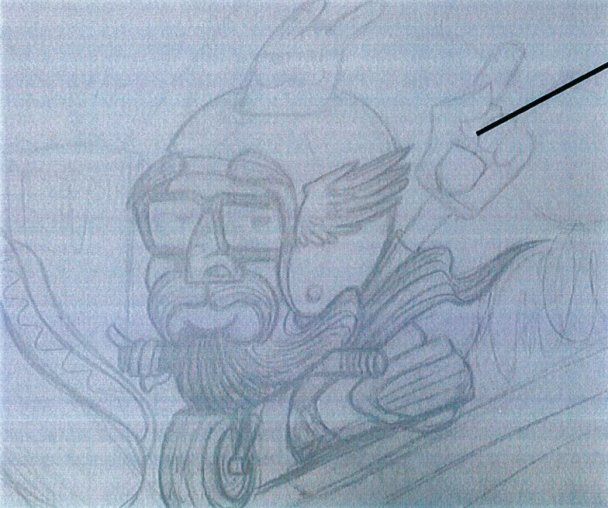