When we told you about the townhomes being planned in the South Eola neighborhood of Thornton Park District back in March, Bungalowers were very quick to comment on the plainness of the design that was shown for the 28-unit, three-story development.

The Thornton Park Townhomes will be located at 620 Mariposa St. The property is also bordered by Jackson St and Summerlin Ave [GMap].

The townhouses appear to be all three bedroom / 3.5 bathroom units. The ground floor has the garage and a small bedroom. The second floor is the main living space and the third floor is the master suite and another bedroom.

The plans also have an optional rooftop terrace with a spa. Some of the units have elevators in them.

The complex is made up of four different buildings. Two of the buildings are 10-units. One faces Jackson St and the other Summerlin Ave.The other two buildings face an internal courtyard.

On-street parking will be added along Mariposa St and Jackson St as part of the project.

Demolition has already begun on the existing buildings on the property. The updated designs are scheduled to go before the Appearance Review Board this month.

Here’s a look at the updated renderings along with the different layouts for the townhomes (click for larger images): 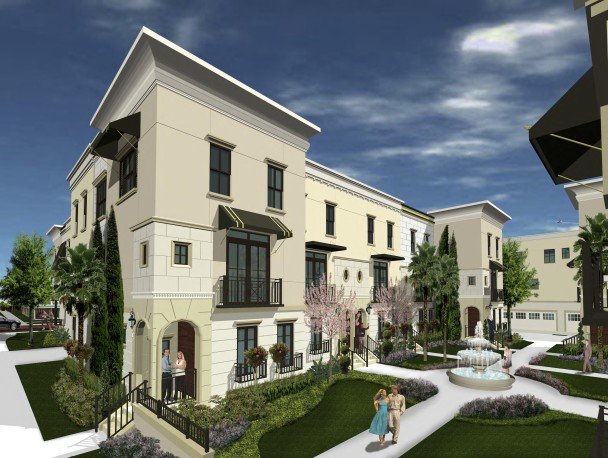 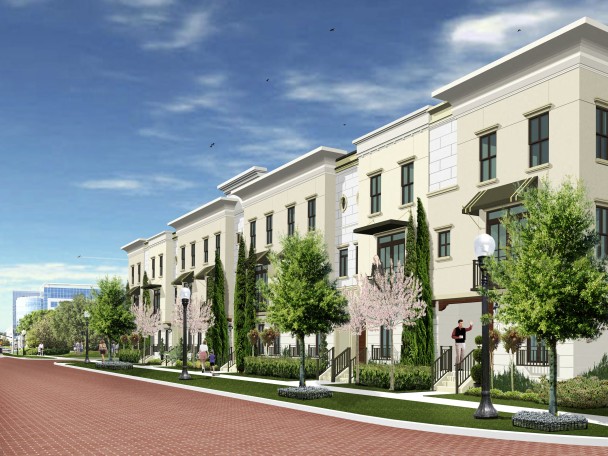 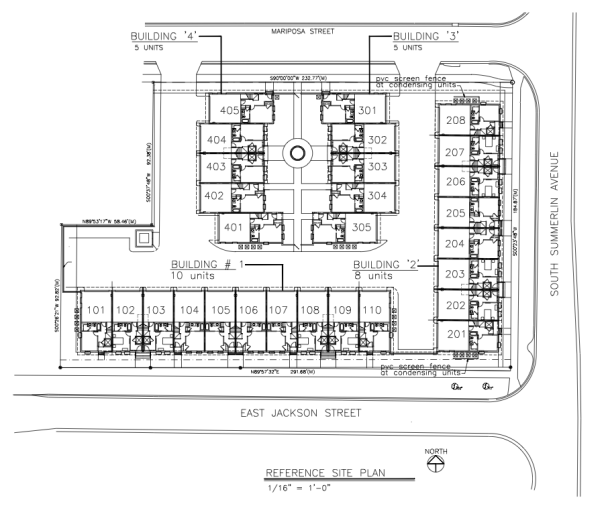