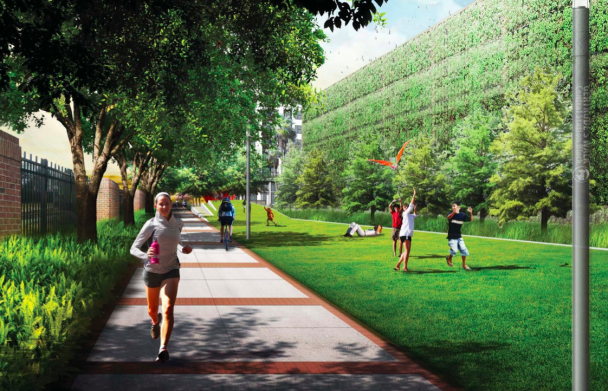 When we told you about the Crescent Central Station Apartments going in downtown next to Lynx Central Station, we knew the final design would include a pedestrian plaza and connection to Gertrude’s Walk. Now we’ve gotten our first look at how the Paseo and park area will look.

The new development is located at 400 N Orange Ave between Amelia St and Livingston St. It will connect the Lynx and SunRail station to Orange Ave [GMap].

A new street is added at the middle of this block and then terminates into what the developers are calling a Paseo. The Paseo will have a walkway with pavers lined with palm trees. On the north side of the Paseo residents will be able to access their apartments by walking on short boardwalks over storm water planters.

The Paseo will lead to a small urban park that runs parallel to Lynx Central Station. Most of the northern portion of the park is a fenced in dog park.

The entire length of the property also includes the extension of Gertrude’s Walk which will eventually connect over Colonial Drive to the Orlando Urban Trail.

It’s also worth noting that this concept fits with the idea of creating more urban park space along the I-4 and SunRail corridor in Downtown Orlando that has been discussed as part of Project DTO.

Here are the designs and renderings for the park space at Central Station: 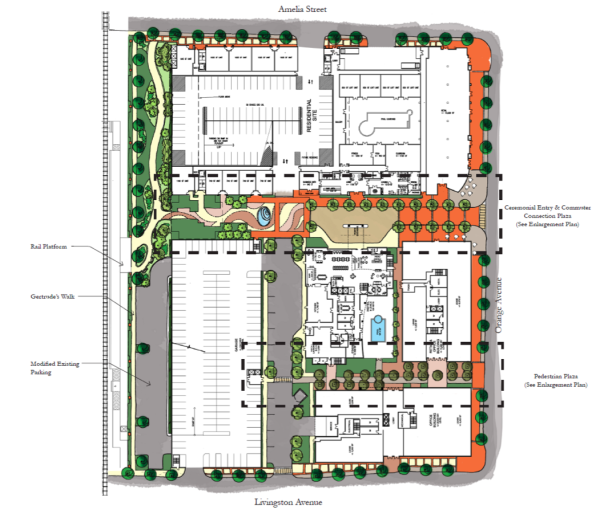 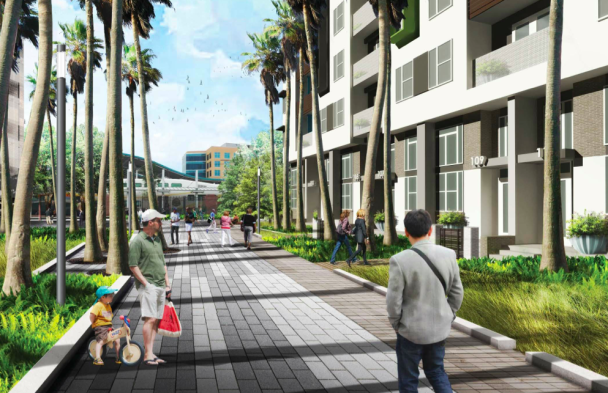 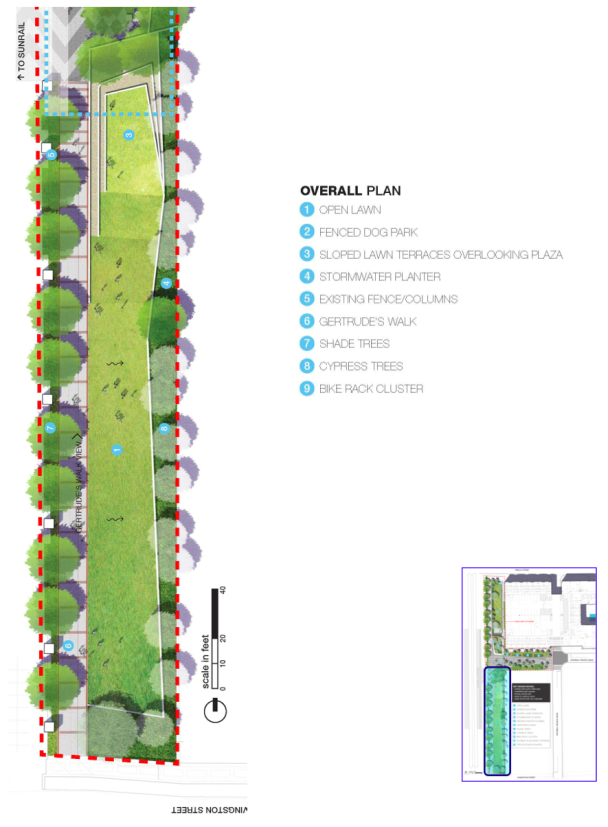 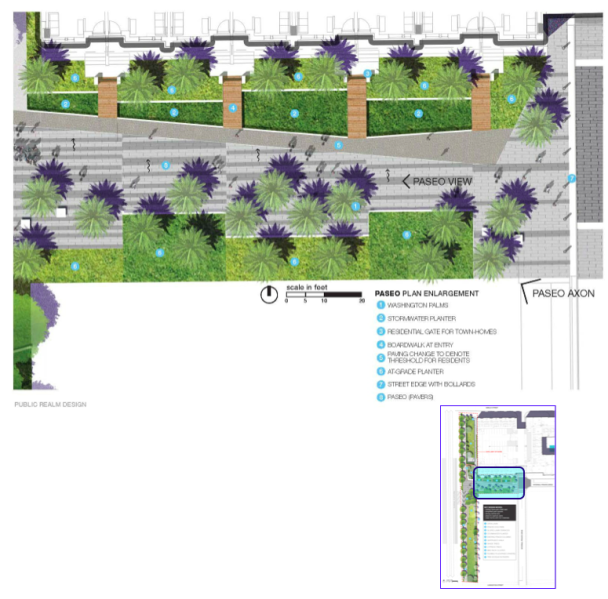 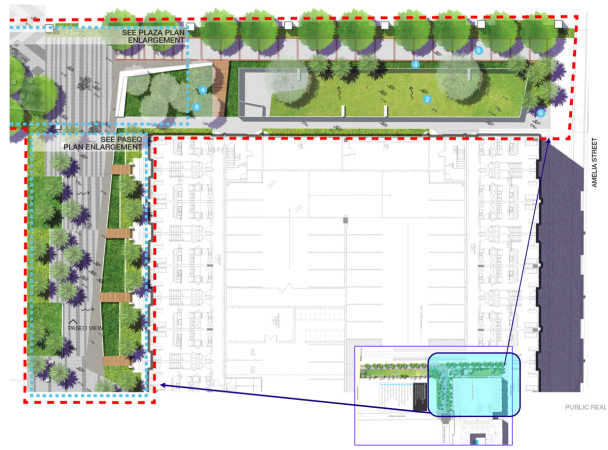