The tech focused Canvs (Website | Facebook) coworking space we’ve been telling you about is set to open on Monday.

Amenities for the space include:

Canvs is a non-profit with membership opportunities based on the size office needed.

Canvs was able to open due to community support and donations.

The space itself took about one million dollars to build out with some of that coming from in-kind donations.

The space is done in a way to create natural interactions between the people working in the space in an attempt to build community.

“Successful coworking spaces have little to do with real estate and everything to do with community,” Canvs founder Philip Holt told Bungalower.

Outside of community building Holt said technology was important.

They spent over half of their money on building technology into the space including providing companies with dedicated desks dedicated private gigabit internet.

The space is already filling up with tech companies and they expect to have over half of the seats occupied by September.

Canvs also offers social memberships which Holt says give people who want to support or participate in the community access to do so.

This includes the growing non-tech companies that support the tech community from lawyers and CPAs to lobbyists and other non-profits.

For more information on their membership options checkout our previous story.

Here’s a look inside Canvs in Downtown Orlando: 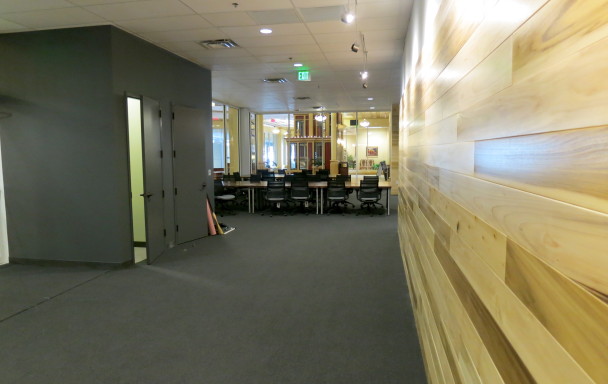