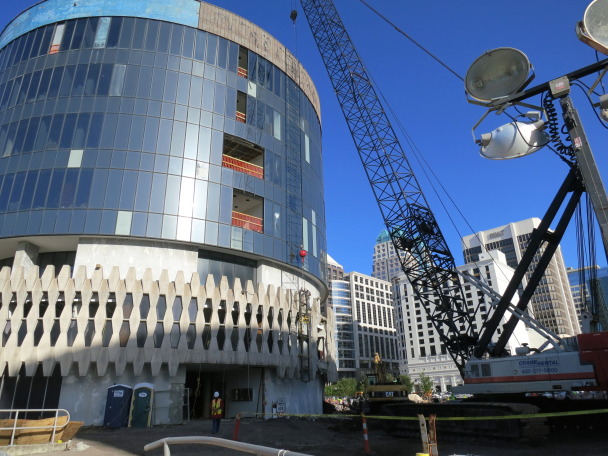 Workers began removing the honeycomb panes from the round building this morning.

The brise soleil panels will be saved to be used in a future project.

Bungalower has learned that it will take two to three weeks to remove all the panels from the old American Federal Building and to demolish the entire building.

There are 119 panels on the building and their goal is to remove eight to ten each day.

We told you last year how about the he Nils M. Schweizer Fellows launched NextRound (Website), a campaign to raise money to save the honeycomb part of “round building” downtown.

The organization raised enough money to save the panels with the support of donors and from Commissioner Patty Sheehan providing money from her district funds. Now, they are working to raise funding to turn the iconic features into public art.

The building is being torn down to make way for the Dr. Phillips Performing Arts Center.

The group had students submit ideas on how to turn the panels into public art. The winning design is shown here in our previous story.

A site for this has not been determined but the group says they are working with the City to find the best location.

It’s not clear how many panels will be able to be completely saved. In our short time of watching them remove two panels, one broke into two pieces. This was a known possibility with removing the delicate panels.

You can support the project by donating on their website here.

Here are some more photos from the removal process today: 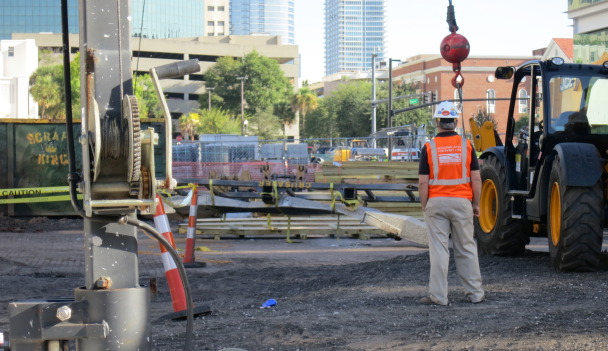