Parkway Properties, the owners of the Citrus Tower in Downtown Orlando plan to give the building some exterior improvements.

The building at 255 S Orange Ave was built in 1971 and the owners are trying to update the buildings exterior to make it a more attractive building [GMap].

The owners are requesting approval from the City to move forward with the improvements but the City is requesting a slightly modified entryway to help highlight and match the mid-century modern architecture.

Here’s a look at the renderings from the owners and the updated one from the City along with the plans for the entryway: 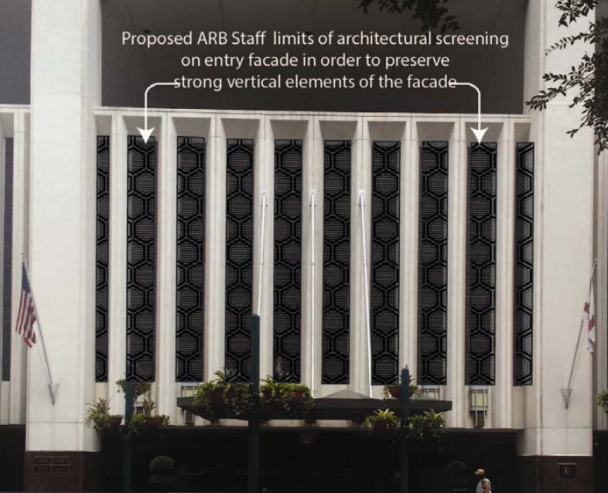 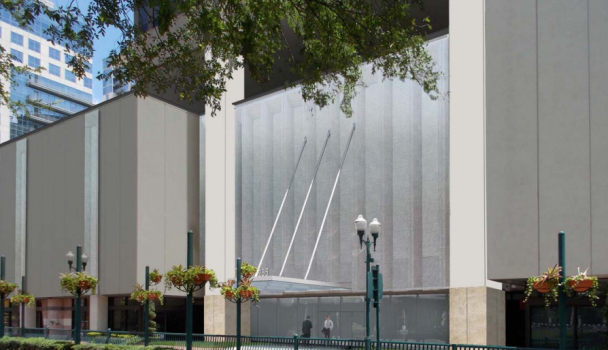 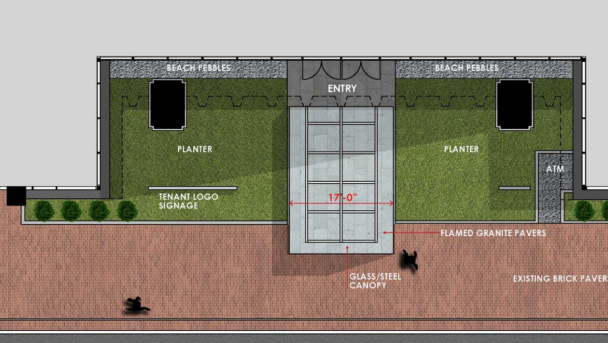