The Citrus Bowl has been undergoing a reconstruction of 90% of the stadium.

Key features of the new Orlando Citrus Bowl include:

While workers were finishing up when we walked through we were assured that the stadium will be ready for this weekend’s Florida Blue Florida Classic game.

The only areas that won’t be ready are the club areas and the kitchens for the two bigger concessions. Those areas will be ready in time for the bowl games.

Here’s a look at the new Orlando Citrus Bowl: 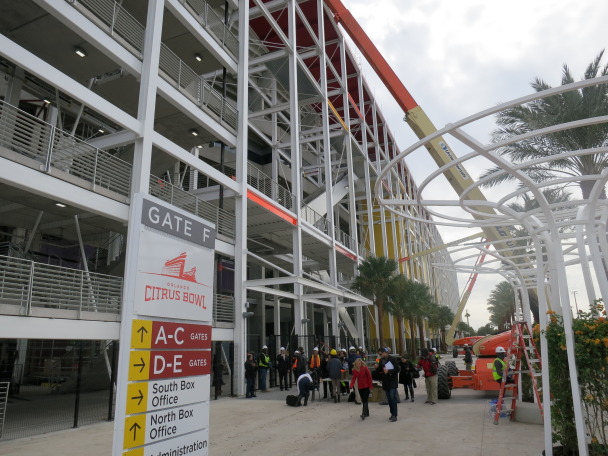