Did you know that the City of Orlando has mapped out a self-guided walking tour of the Downtown’s Historic District? It’s available for download here.

The Downtown Orlando Historic District was officially designated by the Orlando City Council and Historic Preservation Board in 1980. It was the City’s first designated historic district. Most of the City-designated structures in the District have also been certified by the U.S. Secretary of the Interior and are listed on the National Register of Historic Places.

The Downtown Orlando Historic District Walking Tour Map was made possible by funding from Get Active Orlando (Website).

There are a total of five other designated Historic Preservation Districts in the City of Orlando. 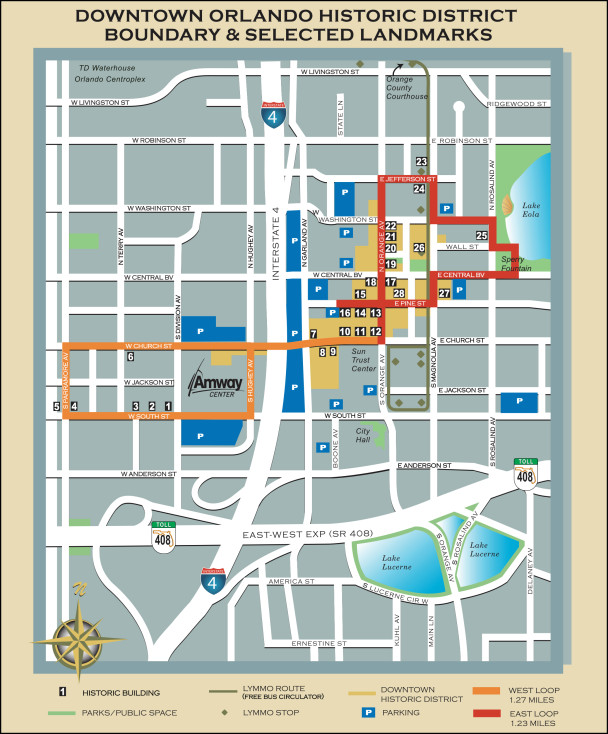