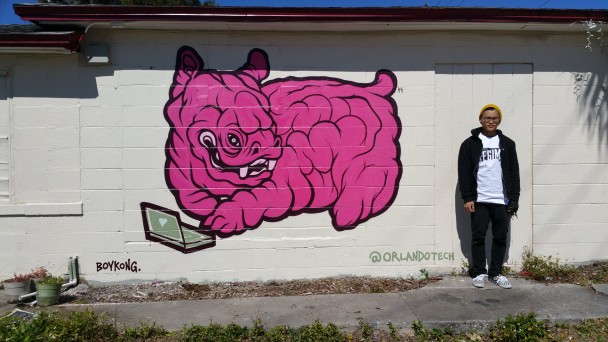 The mural was commissioned by private event planners for Buh-Bye (Facebook) and sponsored by Orlando Tech (Website) as a precursor to a city-wide mural project that will be a part of Tech Week.

The mural is temporary so be sure to go see before it is covered up.