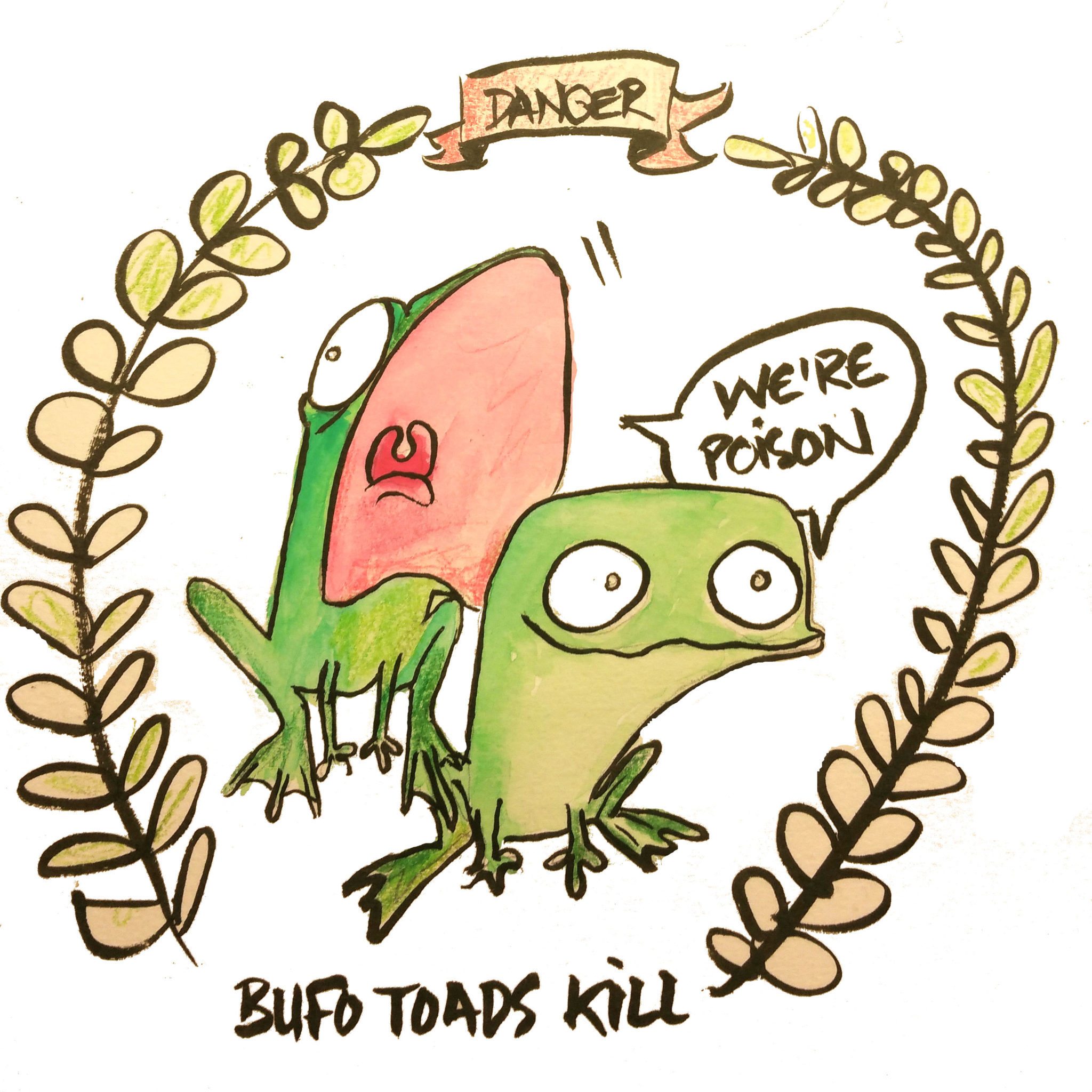 The Bufo Toad (Bufo means toad, so we’re basically saying “toad toad”) is also known as the marine toad, giant toad, and cane toad. It ranges from tan to grayish-brown, with a creamy yellow belly. They have triangular parotoid glands on their shoulders (natives are usually oval).

They live up to ten years and breed more than rabbits … and they’re poisonous.
The creepily large critter (5 to 10 inches) was supposedly released in the ’30s by University of Florida to help control pests in the sugar cane fields and again in the ’50s near the Miami airport. They’re native to Central and South America. They are now found in areas of Central and South Florida in primarily urban habitats and agricultural areas (Don’t worry, they’re not in Orange County, yet).

When threatened, the Bufo Toad releases venom through glands on its back that are highly toxic to dogs and cats. They are attracted to dog dishes and food left outdoors and often lay in watering bowls long enough to leave their toxin behind and make your pet ill. The tadpoles are also highly toxic.

The results of your pet mouthing a Bufo Toad include symptoms like foamy salivation, difficulty breathing, red gums, paralysis, vomiting and staggering. If untreated, they could die.

If your pet is exposed to Bufo Toad venom, be sure to rinse out their mouth immediately. Don’t use a hose, as it could cause the toxin to be forced into the lungs. Bring your pet to the closest veterinary clinic after rinsing.

If you see any Bufo Toads outside of the green areas in the map below, please contact [email protected]

Editor’s Note: Don’t be a toad-sucker. These toads are not to be confused with the psychoactive lollipop of the toad family, Bufo Alvarius (people lick it to get high), which is native to the Colorado River basin. Though our toads do excrete a powerful cocktail that contains bufotenin (which is classified as a class-1 drug in Australia, along with heroin and cannabis), it’s still a toxin – and really gross – and it can kill you. Also, please do not write us and tell us how many licks it takes to get to the center.