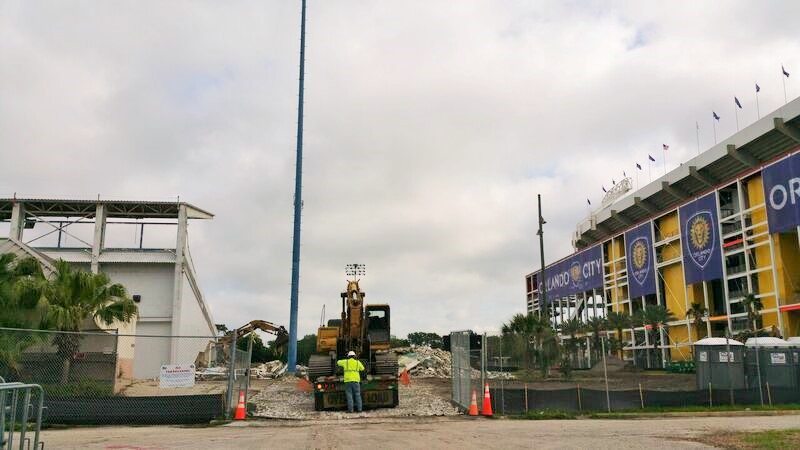 Demolition of Orlando’s oldest baseball field, Tinker Field [Gmap], started on Tuesday of this week. The risers and adjoining structures will be taken down over the next 40 days (the crew and City is hoping to be finished before the upcoming Rolling Stones concert on June 12).

The majority of the stands as well as all of the change rooms and bathrooms below the stands will be demolished due to the encroaching Citrus Bowl renovation.

The cost to renovate Tinker Field, which had fallen into disrepair over the years and was declared unfit for baseball games, was estimated at $10M. We wrote about it first back in January 2014, HERE.

The City will be preserving the field and diamond as a historic park, for future generations.

Editor’s Note: We posted on our Instagram that we wished the seats could be used at Lynx bus stations around the City of Orlando, but we were later informed that they would not be up to code.