The past owners of the popular restaurant [GMap] announced that they would be closing suddenly at the end of January. Followed by news announced only a few days later that it would be reopening soon under new ownership.

Paris has worked hard to keep the space as it was, but with a few added improvements, including added foot rails, new beer lines, a paired-down menu, and a re-brand featuring a smashed-in skull and crossbones – a nod to the change in guard.

The new menu still features old favorites like the Buddha fingers, Hog Wild, and Oblivion Cuban with some new additions as seen in the menus below.

Absent from the menu are items like the Big Elvis, Wild Bill, and the Jala-pine-o burger. 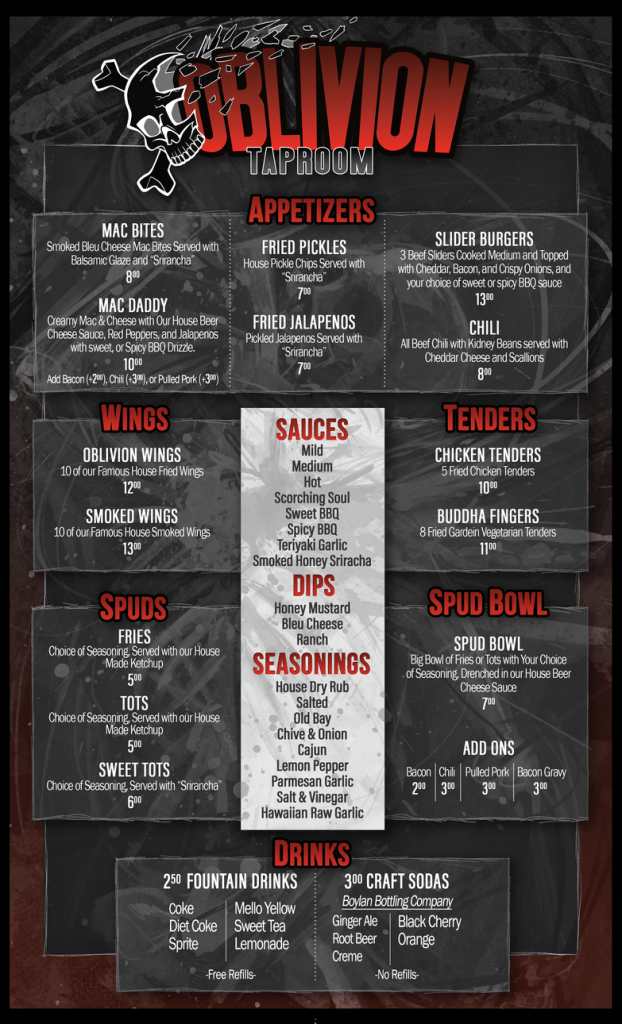 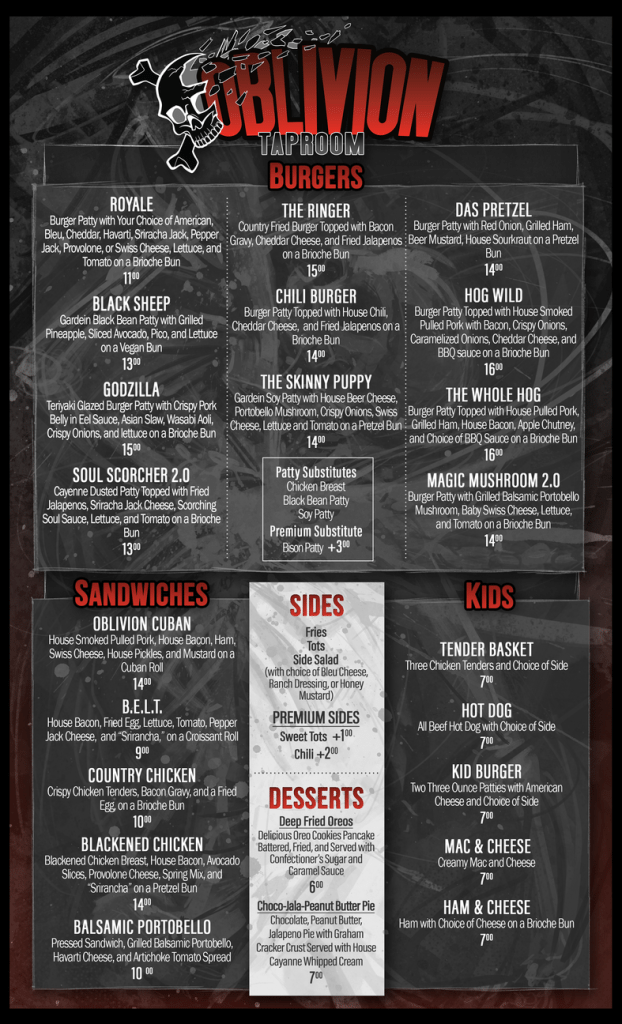