Frosty’s Christmas Time Lounge (Facebook), which we wrote about briefly back in April HERE, is getting closer to opening. Co-owner, Todd Ulmer, informed us that they passed their Fire Inspection just this week, leaving only a few more hurdles to jump through before opening, hopefully, in early August.

The project is the brainchild of Mark Angelo and Todd Ulmer, of Beacon Hill Group, the Orlando-based company behind Stardust Lounge, Mucho Orlando, Mucho Liquor Store, and Aku Aku. They’ve also had a hand in opening The Lodge, Cigarz at Citywalk, XLGallery, and The Beacon Lounge. Ulmer told us that he has a love of themes, and that Christmas was a no-brainer.

“Who doesn’t love Christmas? It means good times. Family, and friends. Orlando has a big bar market already, this is something that will help it stand out.”

Bar-genius Eric Solomon is working on the drink menu (he’s the creator of the crowd-favorite Tiger [email protected]$%er at Aku Aku) which will feature things like craft cocktail snow cones; like an old fashioned, but on crushed ice that you can slurp up from a cone.

The air conditioning won’t be kept too low, it’s not an Ice Bar, but there will be a snow machine that let’s out periodic flurries through the night and LED icicles hanging from the ceiling. Music will be more 80s pop and new dance/old school, rather than holiday jingles.

Ulmer said that Frosty’s will be tip-toeing into selling food around Football Season, but will concentrate on drinks for the time being. 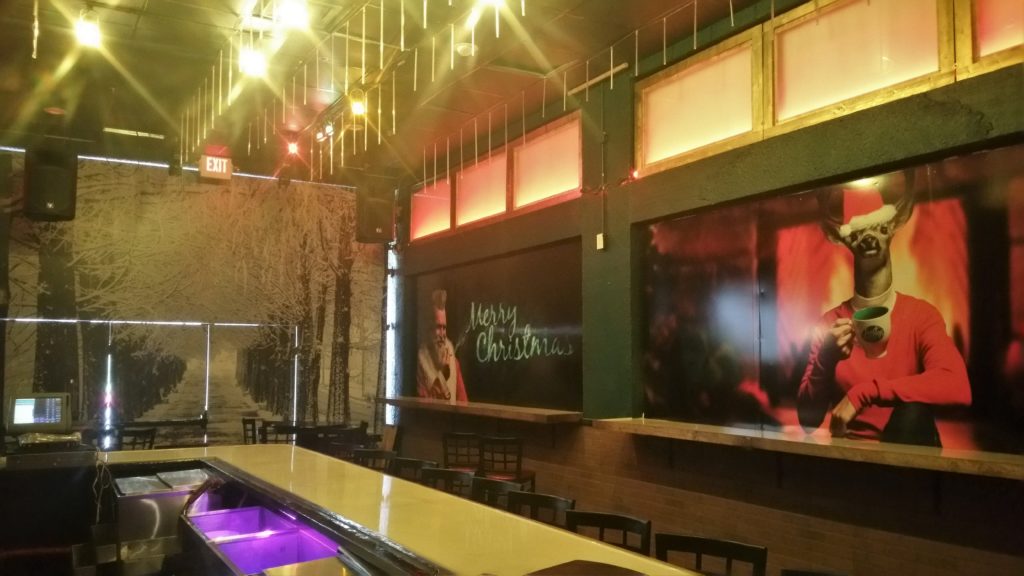