Domu (Facebook | Website) is in the middle of a soft opening in the former Txokos space in East End Market. Individuals that signed up to their email list were exclusively invited to make reservations between Wednesday and Friday this week. According to staff, the restaurant is tentatively shooting for a grand opening on November 1. You can join Domu’s email list HERE to keep updated on their eventual opening date.

The current working menu, which is subject to change before opening, features a selection of hot ramen dishes and one cold ramen option. The “plates” items include Sichuan cucumbers, shishito, Korean fried chicken with Korean butter sauce (pictured below), grilled octopus, and other items.

The playlist, chosen by owner Sonny Nguyen, was heavily influenced by ’90s Hip Hop and R&B, that slightly rolled into the early 2000’s with the following hits*:

On the wall of the main dining room is a large mural by Orlando-based street artist Boy Kong.

We first wrote about Domu moving into East End Market HERE in July, 2016. 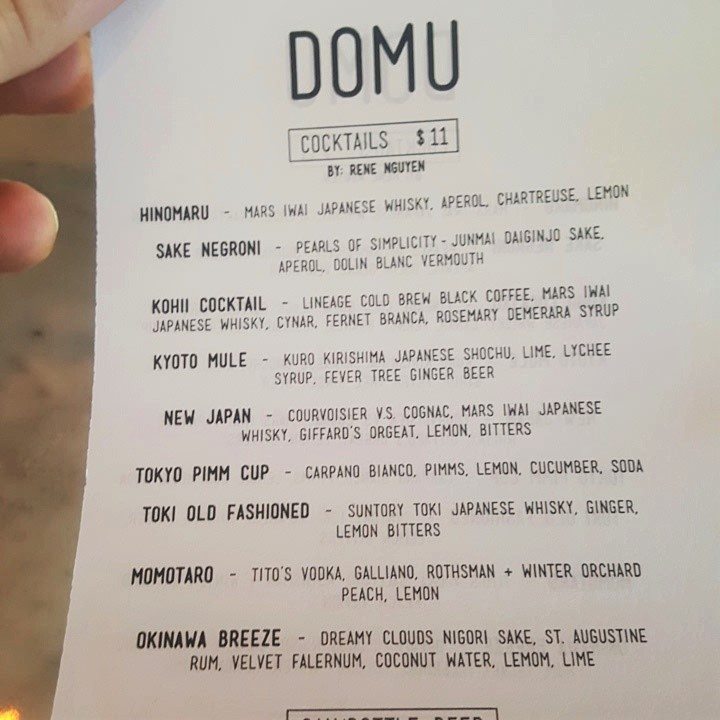 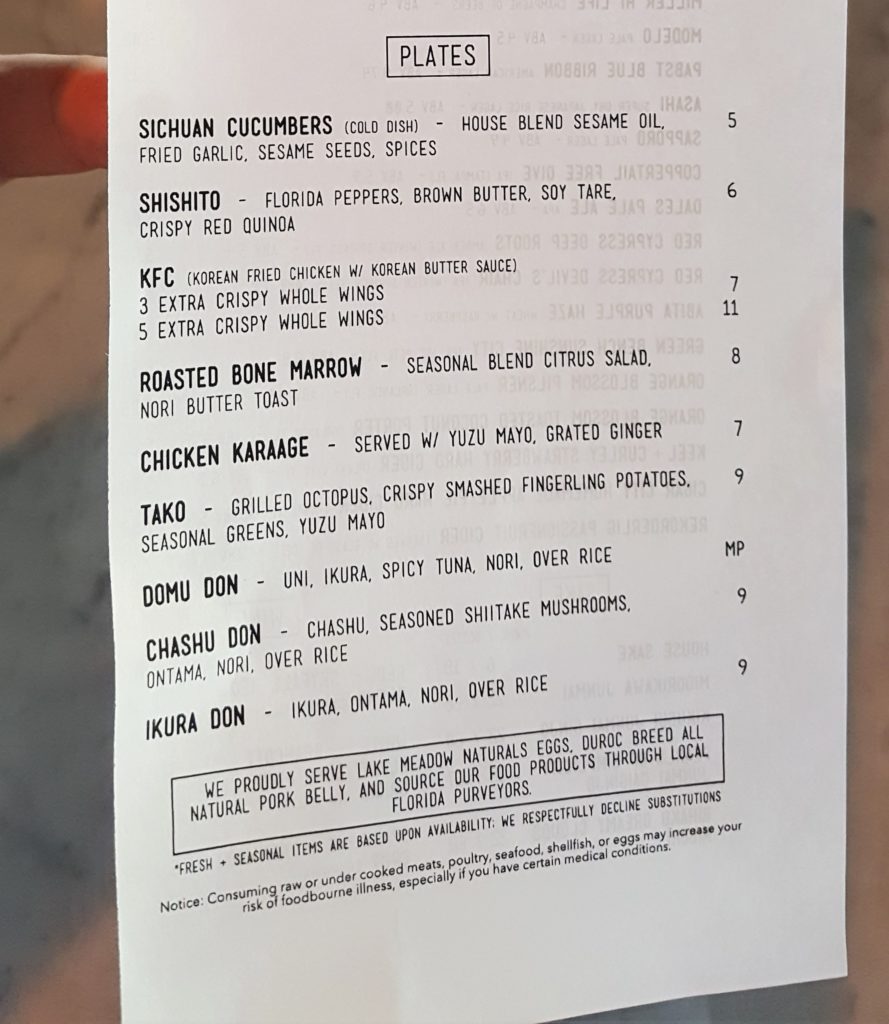 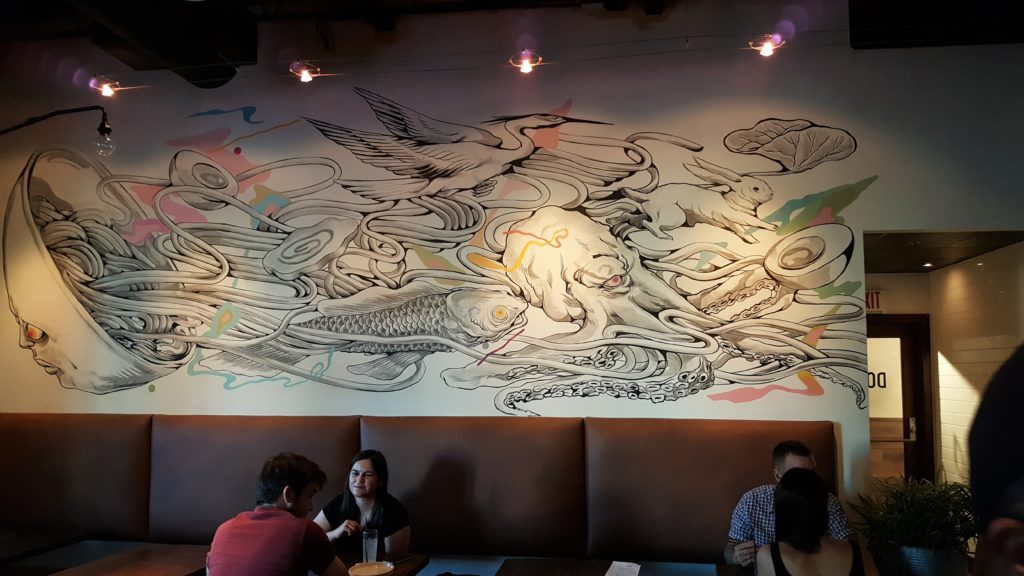 * All song titles and artists were confirmed by our dinner date Kyle Steele (Twitter), who was in attendance.