“Hey Bungalower, I noticed a lot of construction on the Panera Bread building and now I’m hearing the restaurant is going to close. Do you know anything?” – Brent

UPDATE: Jenna Brodkowski, Director of Marketing and Public Relations for Panera Bread, has stated that the store closure is because the corporate offices decided not to renew the lease, not because of a lack of a drive thru. Panera will be opening a new location in Mount Dora, with a drive thru, as well as relocating “two or three” restaurants in the near future. Brodkowski could not disclose the locations to be moved at this time.

The Eo Inn and Panera Bread both share the 1920’s-built building at 227 North Eola Drive. The Eo Inn, which occupies the upper stories and back of the building, is in the process of getting a new roof, hence the equipment and construction that Brent noticed.

However, even though the construction has nothing to do with the restaurant below, Panera Bread is indeed closing in 2017. Panera Corporate isn’t answering our calls at the moment, but management at the Lake Eola location confirmed that it will be closing sometime soon, though they couldn’t give us any timeline.

According to a company insider that we did speak to, who wished to remain nameless, Panera Corporate is pushing their restaurants to add drive thru options to their services but since the Lake Eola site did not have that option corporate made the decision to pull out of the Downtown location and look somewhere else. According to the same informant, sales was not a factor in closing as the restaurant had been performing admirably, especially the catering department. This has not been confirmed by a spokesperson from Panera.

The 5,200 SF space is listed on LoopNet at $30/SF/year and is said to be available to lease in April 2017. This is apparently the first time this space has been available since 1998.

Anyone interested in leasing the space can contact the listing broker Patricia Sullivan of Olde Town Brokers at [email protected]. Sullivan told us that they’ve already been approached by several well-known restaurants but that the owner of the building is trying to find the perfect fit for the hotel and the immediate neighborhood.

Scroll down for a look at the floor plan. 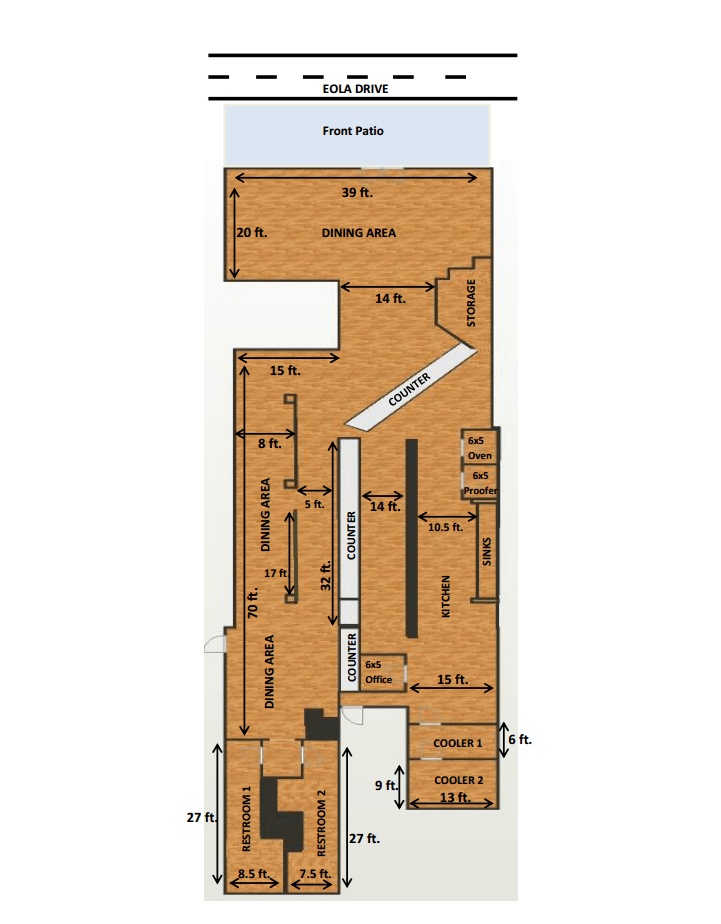