The City of Orlando has added some more green to existing bike lanes Downtown, most recently to the bike lane heading north on Magnolia Avenue, along Lake Eola and behind the Orange County Courthouse.

The City of Orlando has told us previously that they hope the green will “increase the visibility of cyclists and discourage illegal parking.”

We are unsure if this is part of a larger strategy to green all of the downtown bike lanes or just an isolated instance. 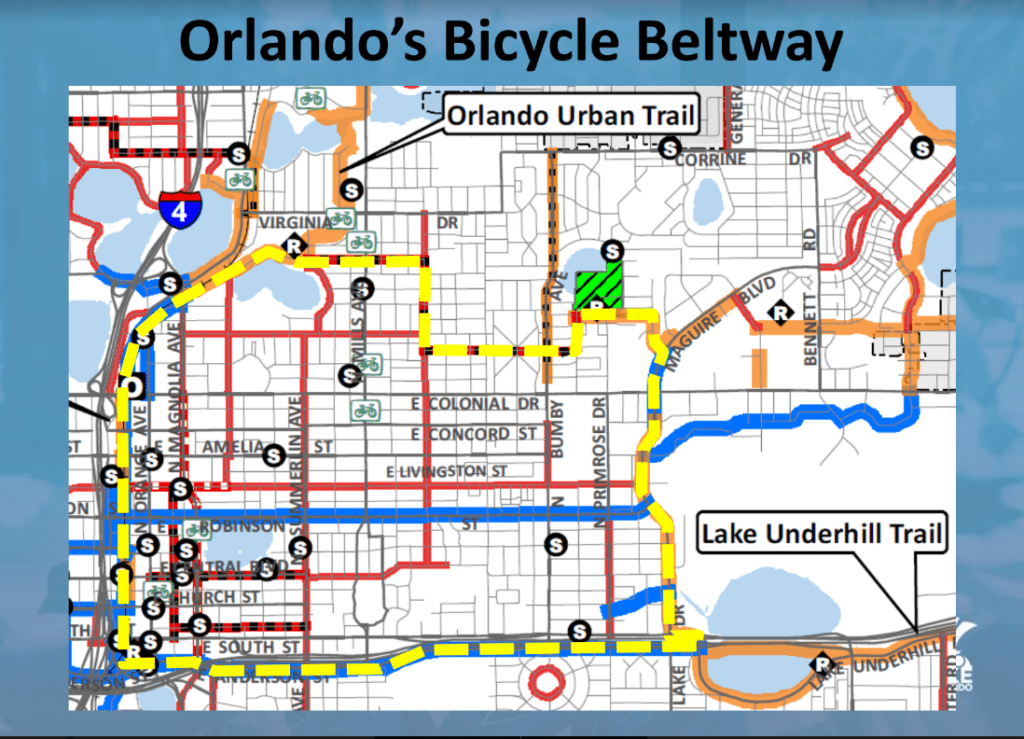