A 13-story multi-family residential tower is being proposed for 108 E. Livingston Street [GMap], called Magnolia Rose. The property has been affectionately labeled as “The Wedge,” for years in urban planning forums.

The proposed 320 unit development would also include space for six parcels of ground-level retail. The plan, submitted on 4/20, calls for the City to abandon a section of North Rosalind Avenue, which translates to approximately 77,982 SF of right-of-way, to host an adjoined five-story, 395-space parking garage.

The tallest portion of the Magnolia Rose development is planned along the western side of the project, and then steps down towards the northeastern side, where the parking garage will be located. 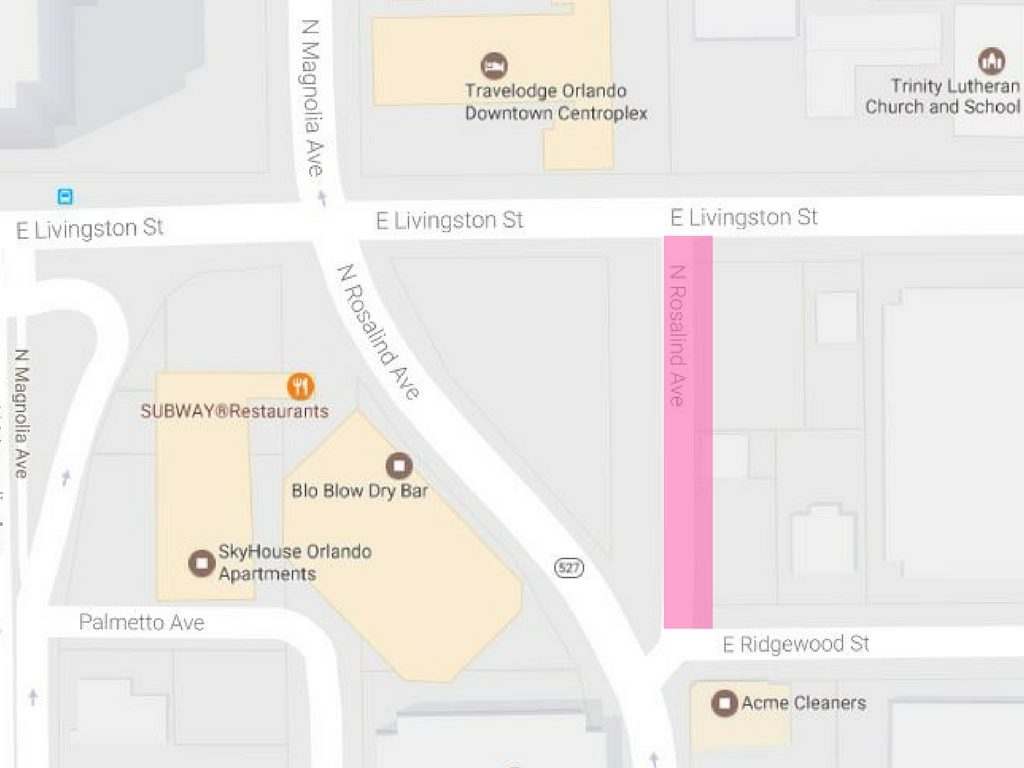 Public open space is planned for the northwest and southwest corners of the parcel.

A density bonus has been requested to allow an increase from 200 units to 400 units.

This project, filed by a representative of Kimley-Horn (Website), is still in its infancy and has not been approved by the City. 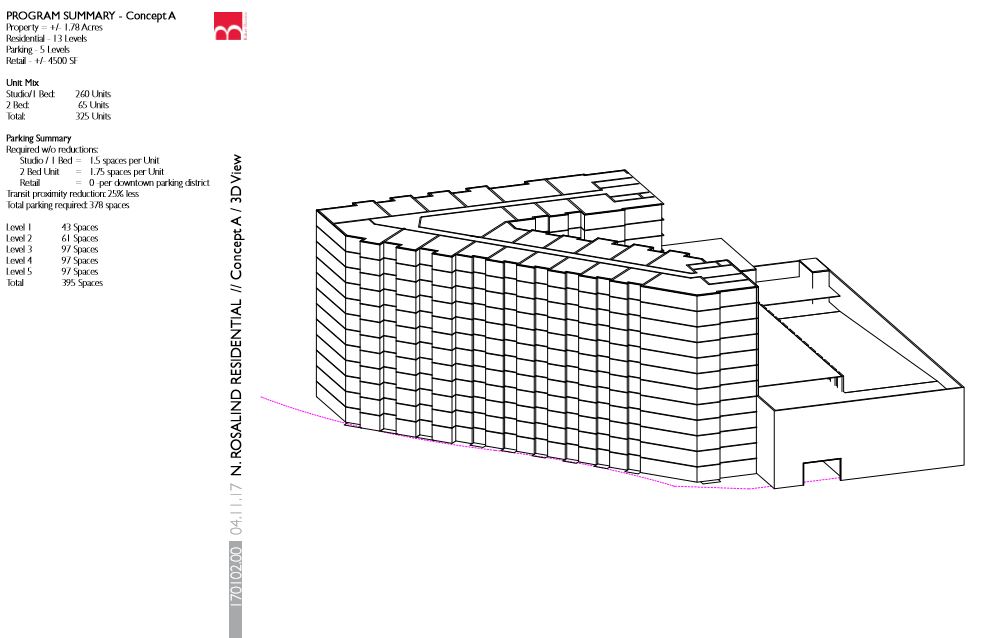 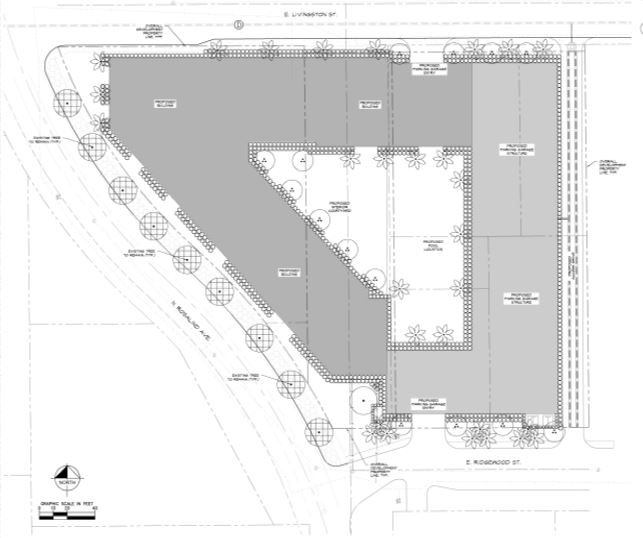 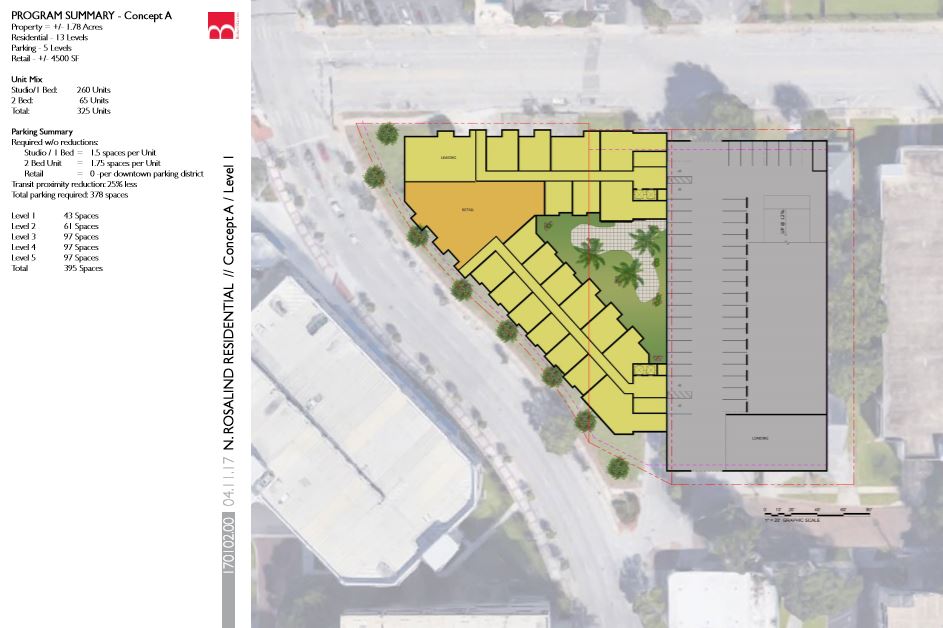