UPDATE: The name of the brewery has been changed to Ivanhoe Park Brewing Company. Their flagship beer with be the Joyland IPA.

Paperwork filed with the City of Orlando reveals a new brewery could be opening in a newly rehabbed warehouse at 1300 Alden Road in Ivanhoe Village [GMap].

The 4,000 SF warehouse was recently renovated by Crossman and Co. The permit application proposes to convert the building into a micro-brewery and tasting room but requires a variance due to its proximity to Lake Highland Prep ball fields and City Beautiful Church. The application happened to include a letter of support from City Beautiful Church.

The plans call for the addition of 1,200 SF of covered outdoor seating. The designs and build will be handled by McCree General Contractors and Architects (Website).

The effort is being led by Glenn Closson, who served as the Director of Finance and Operations at Beach City Brewery in Orange County, California.

The name “Joyland” is in reference to Orlando’s first water park of the same name. More on that HERE. The beers will all be named in honor of historical themes and stories. 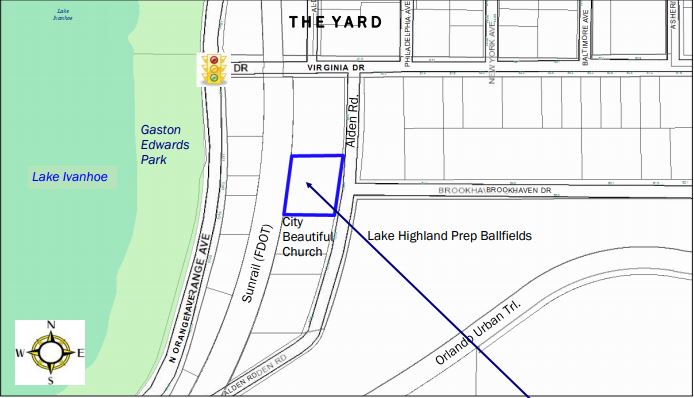