The City of Orlando has issued an advisory to downtown commuters that Hughey Avenue will be reduced to one travel lane throughout August and into mid-September due to work associated with the I-4 Ultimate Improvement Project.

Work is scheduled to begin 10 p.m. Thursday, August 17 and will close two lanes on Hughey Avenue between Church Street and South Street.

A full closure of Hughey is expected to occur following this double-lane closure in mid-September and will remain in place for a maximum of 18 months.

See the map below for suggested alternate routes. 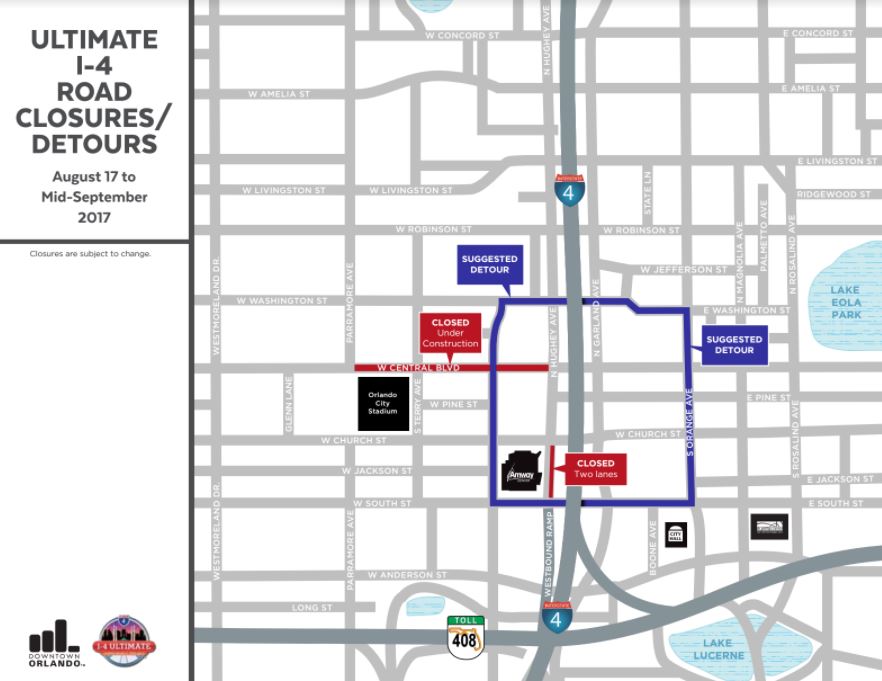