The practice of redlining refers to the practice of controlling where people of color could actually live, by selectively raising prices based on race or ethnic composition. This tactic of racial segregation was practiced across the country in the early part of the century but largely abandoned.

PoCs (Persons of Color) were denied access to banking or insurance for specific markets in order to control where they could live. The term “redline” was created by sociologist John McKnight.

Even the City of Orlando drew redlines over certain communities west of Downtown, namely in Parramore, as part of their “Negro Zones” initiative to control real estate values in the City Beautiful. That policy was put into place in 1924, but the broader practice of redlining didn’t pick up until after the passing of the National Housing Act of 1934, which resulted in the founding of the Federal Housing Administrationn (FHA).

Whereas the Orlando-instituted “Negro Zones” were city-led, the FHA was a federal level policy change that led to concentrated poverty and the decay of minority-owned inner-city neighborhoods. By controlling mortgage capital, it was almost impossible for new families to purchase homes in these neighborhoods. As a result, property values dropped, abandonment skyrocketed, and population density fell. The correlation between abandoned buildings and an increase in illegal activities is well documented.

Almost 100 years later, we are still dealing with the segregation of residents via race, evidenced by this 2010 Census Block data map color coding the City of Orlando’s residence by race; Green is Black, Blue is White, Red is Asian, Yellow is Hispanic, and Brown is “Other.”

Editor’s Note: Also worth a gander is this modified redline map with the current borders for the CRA and DDB placed on top. Click HERE to see a more comprehensive version of their current boundaries. 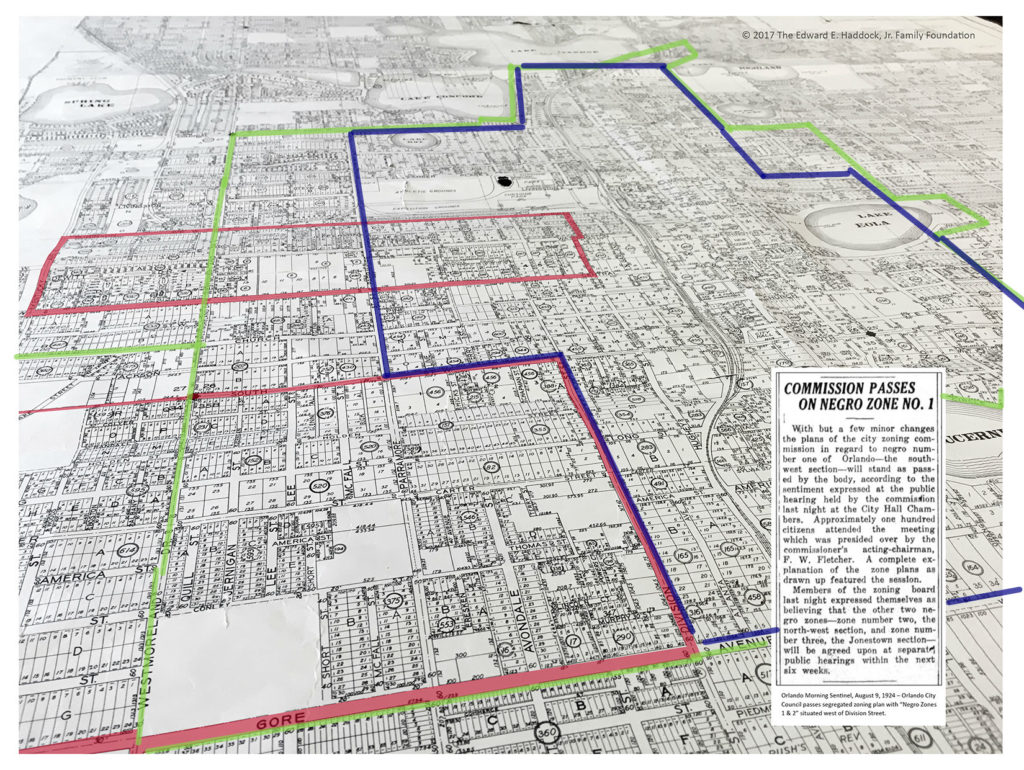 Scroll down for an easier-to-read image of the map’s text box.