Following on the earlier announcement that Dr. Phillips Charities would be transforming western College Park with their new Packing District development, even more information has been released.

We already knew that the 100+ acres that are being gifted to the City of Orlando would be used as an urban park, but we now know that the park is planned to be used as a wellness hub that will house the City’s new tennis center, bike and running trails, and an urban farm.

City Council unanimously voted at Monday’s City Council meeting to accept the gifted land from Dr. Phillips Charities, who will also be investing $12-14 million in transportation and infrastructure improvements.

Construction is expected to begin in 2018 and last through the next 10-15 years. The expected economic impact is $41 million.

Other newly announced aspects of the Packing District development plan include: 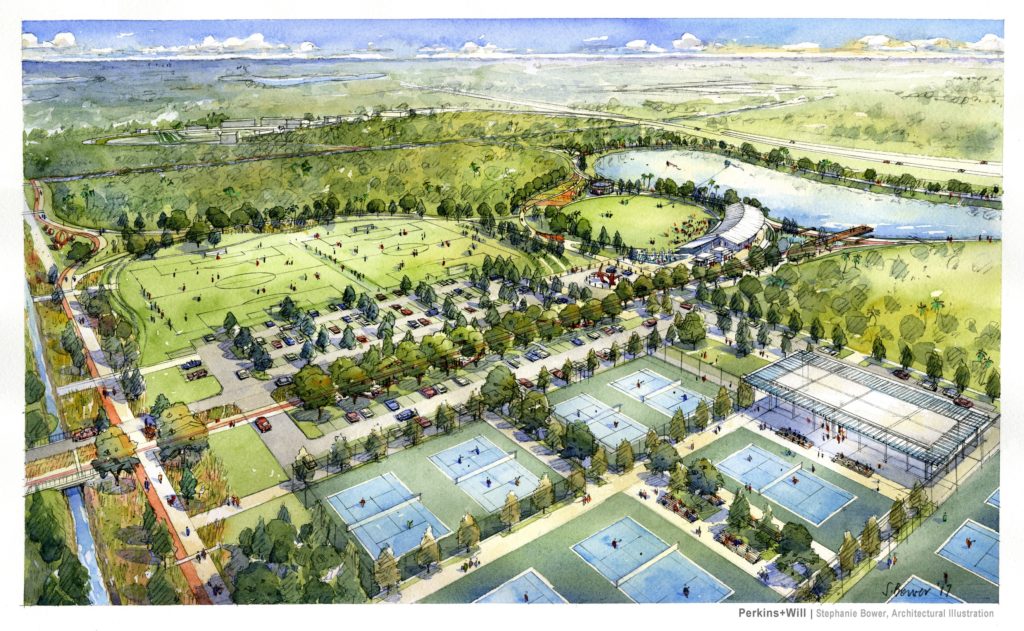