EDIT: Greg Golden, Director of Student Media, Rollins College, sent us the following update concerning a timeline for getting back on air. It could take a week, or many weeks and is contingent on a response from the FCC.

“We are trying our best to return quickly, but do not yet have a date to report to the FCC or the public.” – greg golden

Ever since Irma irreparably damaged their antenna last September, Rollins College’s best basement radio station, WPRK, has been off the air. Since then, the college radio station has been streaming their programming online only but that’s finally about to be rectified.

According to a recent Facebook event page, WPRK will be celebrating their return to the FM dial on April 6 with a night of live music and radio revelry at Blackstar in Downtown Orlando, 42 Concord Street [GMap].

Stay tuned HERE on their Facebook event page for updates on the concert/party programming.

The station is scheduled to return to the airwaves between March 11-17, in order to give the team some “breathing room.”

We will update this story with more information as it becomes available. 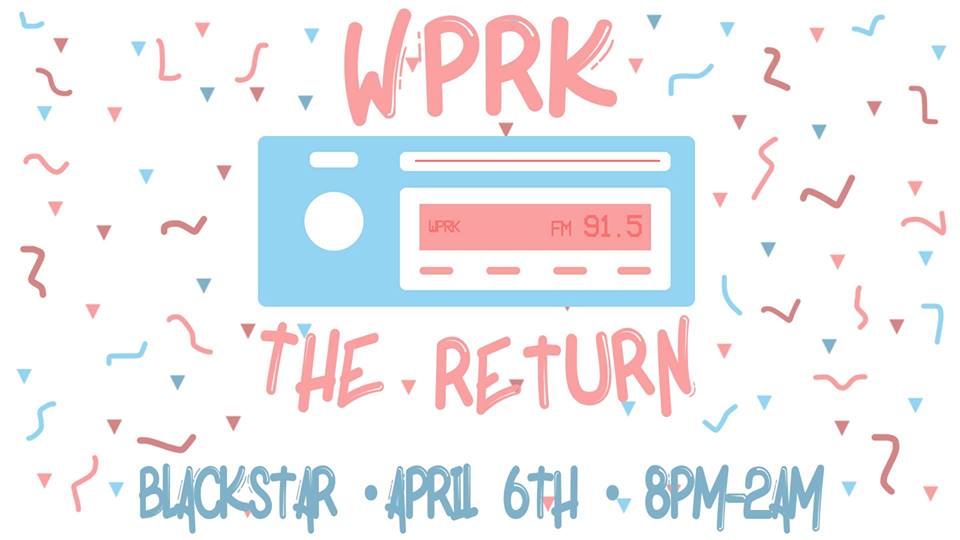