You moved here for it?

Jeff: Yes. I left Boston five years ago, because I wanted a drastic change in my life. I moved to New Orleans for two years, which is fun, but I hated the job and I always wanted to come to Florida. I ended up getting this job and I moved to Florida for it. That’s how I ended up here. Jeff: We’re currently in my home, and what’s important about it is that it’s mine. It’s my sanctuary. It’s my home. It’s where I hide away from everything and keep to myself. If I want to do something, I can do it. I like just being able to say that it’s mine. I worked very hard for it. It’s a safe, clean, and good environment for me and the dog.

What kind of dog is it?

She’s a mix. She’s a chihuahua and– I don’t know. I got it from a kill shelter in New Orleans. She was two weeks from getting put down when I found her. They found her wandering the streets. I almost jumped and said, “I saved her but she saved me.” She’s a good dog.

How much time do you spend in your home compared to anywhere else?

Mostly all the time. If I’m not at work, I’m home. Sometimes I go out at night for dinner, movies, and stuff like that. But a lot of my free time I like to be home, because I always have projects that I want to do and things that I want to fix or change. I’m a homebody.

I know you through The Sisters of Perpetual Indulgence. Can you tell me about who they are and your relationship to them? 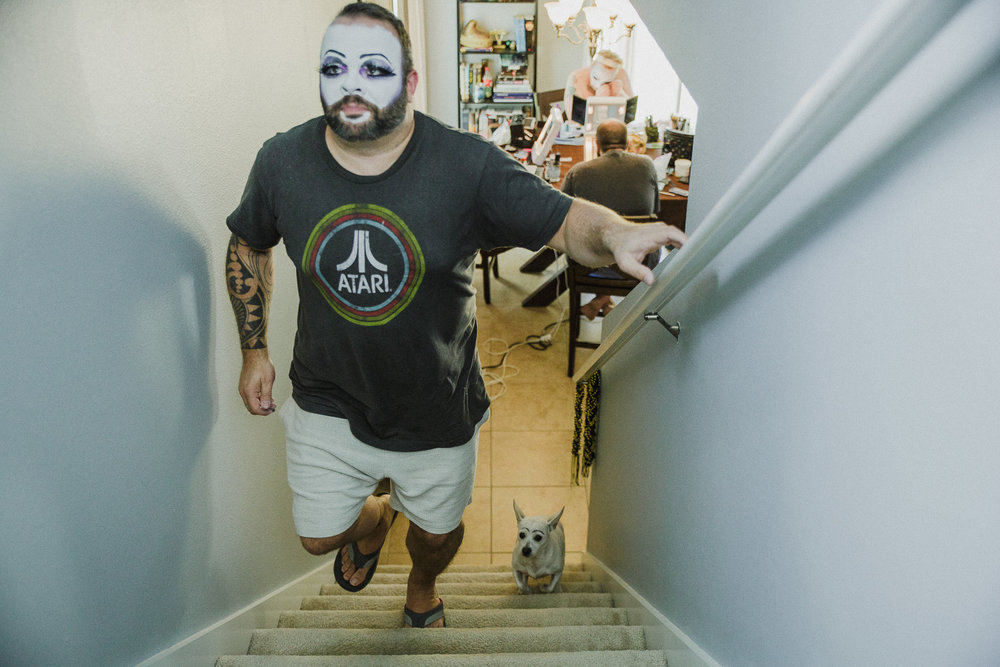 The sisters are a worldwide organization. Each chapter meets monthly and has a board with a president, vice president, and a multitude of men and woman all taking on a variety of different roles to keep the group running efficiently and it has a clear hierarchy. When entering the group, one must first start as an “Aspirant”. Over the course of a couple years, they then transition into different roles and eventually become a “Fully Professed” sister.  Everyone has their own unique names and corresponding personas that they embody. Is there a reason that people choose alternate identities outside of themselves? Why don’t you just raise money or do things as “Jeff?”

Jeff: I think it’s because when we’re in white-face, for me, you’re a little less guarded and more social. I’m not a super-outgoing person. I’m very reserved, shy and quiet, but I feel when “Edwina” comes out, she’s a little more social. There’s times where, even as Edwina I’ll sit there, and not speak much, just observe and help out. There’s other times where I’m loud and friendly. 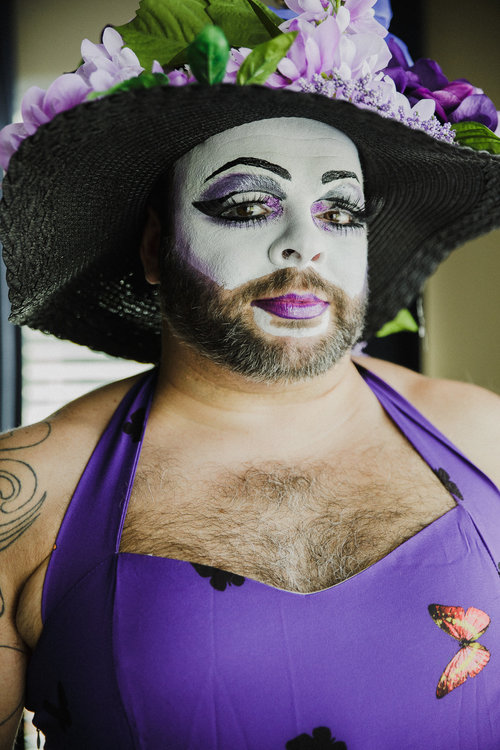 Your sister name is “Edwina Rosewood”. Was there a particular reason why you chose that identity?

Jeff: Edwina was a character from a television show that I kind of grew up on and absolutely loved. Rosewood was a childhood street that I grew up on and had great memories from living there. It had a nice flow to it.

The sisters are always out and about in the community. You can keep up with their latest events over on their Facebook. If you see Jeff or any of the sisters, make sure to say hello and tip them a few dollars for the charity or organization they’re undoubtedly supporting that week.

Click HERE to see more photos from Lawrence’s original interview that did not make it to this post.