Tako Cheena (Facebook | Website), the Asian/Mexican fusion restaurant based out of Mills 50 has opened two locations this week; one right next door and the other in Parramore’s Stonewall Bar Orlando.

Tako Cheena snatched up the former home of Forbidden City back in 2015. The larger footprint would allow them to transition the original space into a Tako Cheena Express concept in favor of using the larger stand-alone structure just to the north as a sit-down and grab-and-go restaurant. Three years later, Tako Cheena owner, Edgardo Guzman, has finally opened the doors to the space but will be using it as an overflow dining area for his Friday evening customers.

Guests can purchase their food at the regular restaurant, located at 932 N. Mills Avenue [GMap], and then bring it a few steps northward to the Tako Cheena annex building [Gmap] where they can enjoy a DJ and a more artistic interior.

Guzman told Bungalower that he is working towards opening it as it’s own restaurant as he had originally planned but that for the moment, the Friday overflow party area is what we’ve got.

The Stonewall Bar kitchen, located at 741 W. Church Street [GMap], will be open for lunch during the weekdays from 11 a.m.-4 p.m. on the second floor bar terrace. They will also be open on select game days, serving the same menu as the original location but with a $7.98 BOGO special with a side of rice and beans or buy three of one style for $10.98, with side of beans and rice.

Hours are expected to expand to evenings later in the year if all goes well with lunch service.

We wrote about the new Stonewall location HERE in early April. 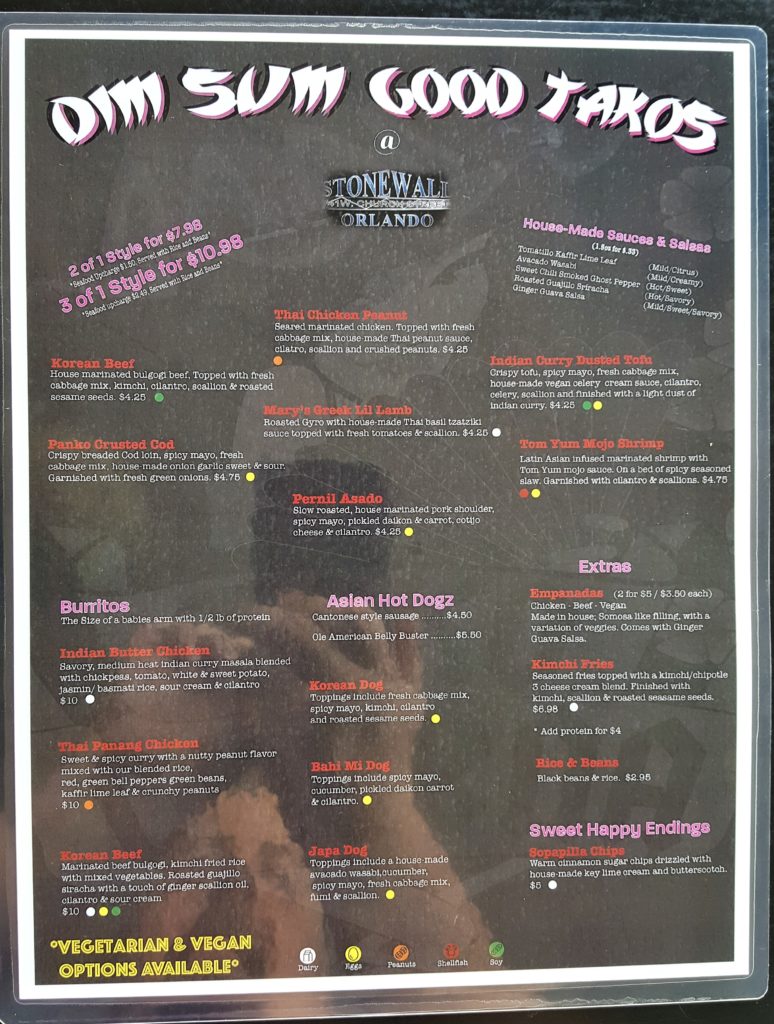