The City’s Community Redevelopment Agency’s Advisory Board will be looking at a proposal at their upcoming meeting on Thursday, May 24 to possibly bring back the short-lived Downtown Ambassador program.

The program, in partnership with Block by Block (Website), to deploy specially-trained “ambassadors” in Downtown Orlando that provide services from escorting workers and residents to their cars and homes late at night, to navigating to their event venues, connecting people to social services, and “curbing aggressive panhandling.”

The CRA extends over the following area in Downtown Orlando. 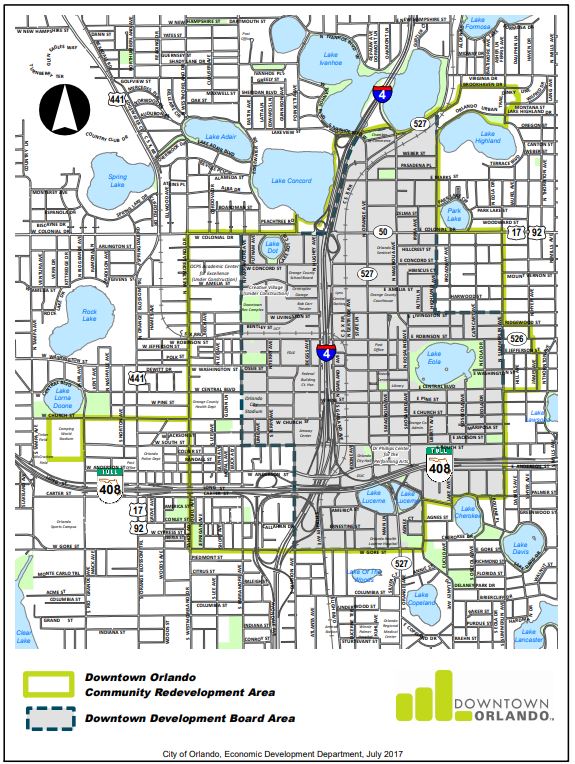 The program is meant to compliment directives put forth by Project DTO to make downtown more “clean and safe.” Block by Block has facilitated programs like this across the country to address issues in their downtowns and to promote positive experiences through increased security and hospitality.

The proposed contract with Block by Block is for an initial term of two years for an estimated annual amount of $725,000. If approved, the Ambassador program would have people out and about Downtown as early as this fall.

According to Glassdoor.com, the average salary for a Block by Block Ambassador is $27,000 a year, or $13 an hour.

This would be the City’s second attempt at the program since the first was cut almost ten years ago during the recession.