Colonel Michael Norman Wright McCoy was born in Indiana in 1905. He became a professional boxer after high school and everyone called him “The Real McCoy.” When hitting people in the face got a little old, he moved to Los Angeles and became a news reporter for a short stint before taking over the operations of a private flying school in the same state. In WWII he joined the Royal Canadian Air Force and served in Guam before joining the U.S. Air Force, where he served until 1957.

McCoy has a number of claims to fame, including being the first pilot to successfully fly from Japan to Washington, DC. He flew a B-29 called the “Fluffy Fuzz,” helping to prove the feasibility of around-the-world flight in a bomber.

McCoy was decorated multiple times, including distinctions like the Legion of Merit, Distinguished Flying Cross, Bronze Star, and an Air Medal.

McCoy died in 1957 when he crashed his plane at the Pine Castle Air Force Base, which would later bear his name in honor of him avoiding a residential area when attempting to land; despite a rumor that he had been inebriated while behind the helm. 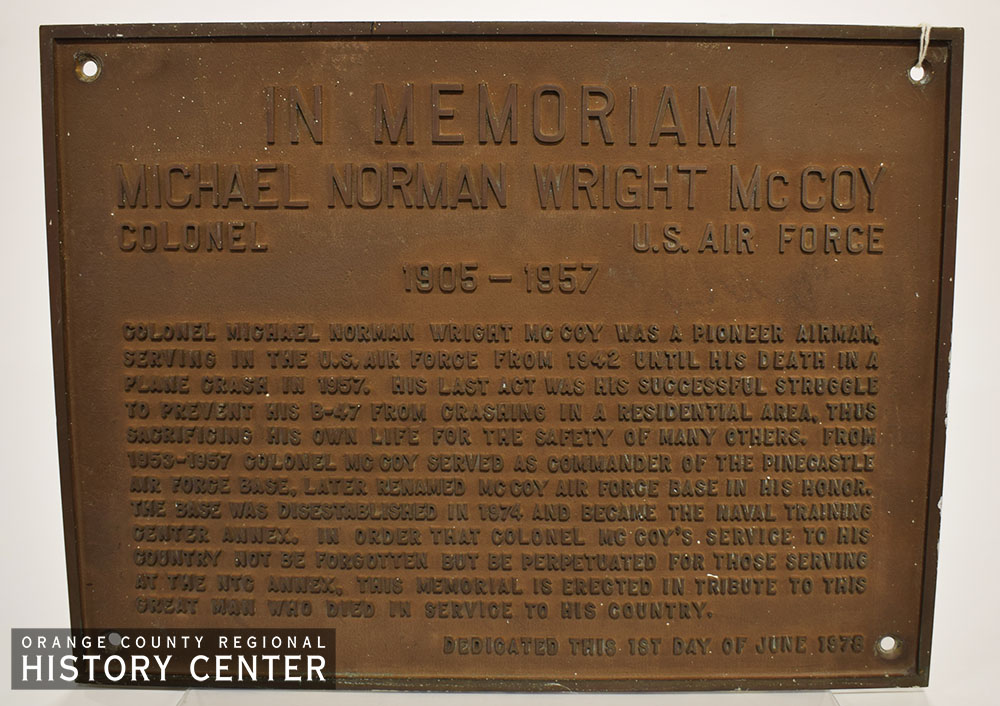