East West Records (Facebook) has been operating in Orlando since 1971, specializing in, well, records, for 47 years.

East West Records was recently sold to a life-long customer, Robert Serros, Jr, who grew up riding his bike to the store when it first opened.

Serros plans to keep the business family-run for as long as possible, according to BishopBeale representatives who handled the sale of the property.

The following message was posted by East West’s previous owners on their Facebook page. 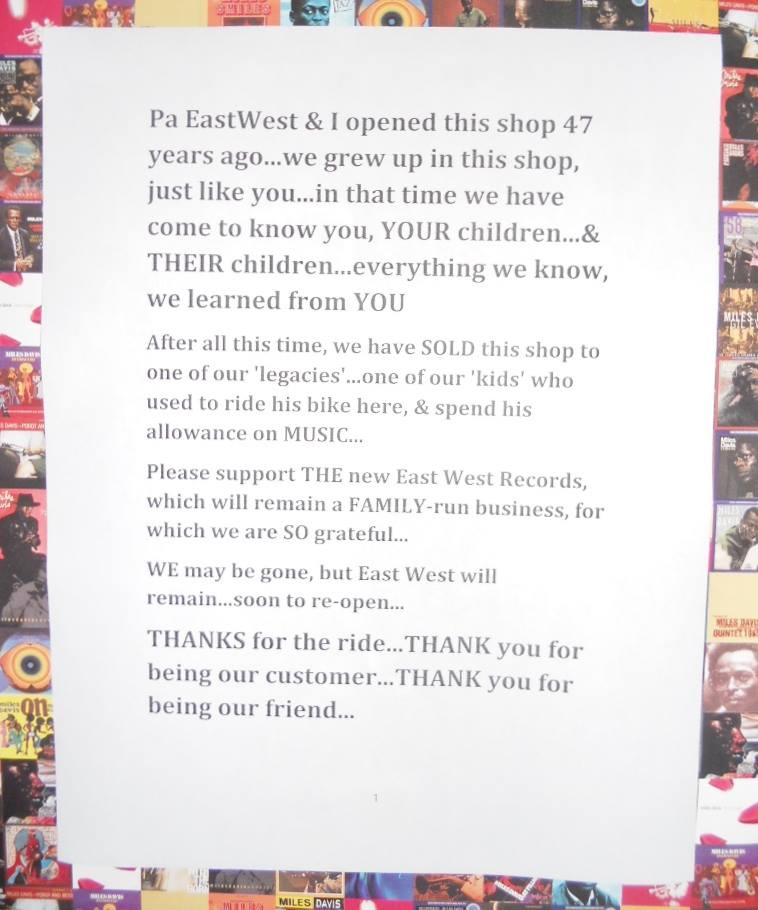