Editor’s Note: This interview was conducted after a brief airplane ride over the City of Orlando and the nearby countryside. 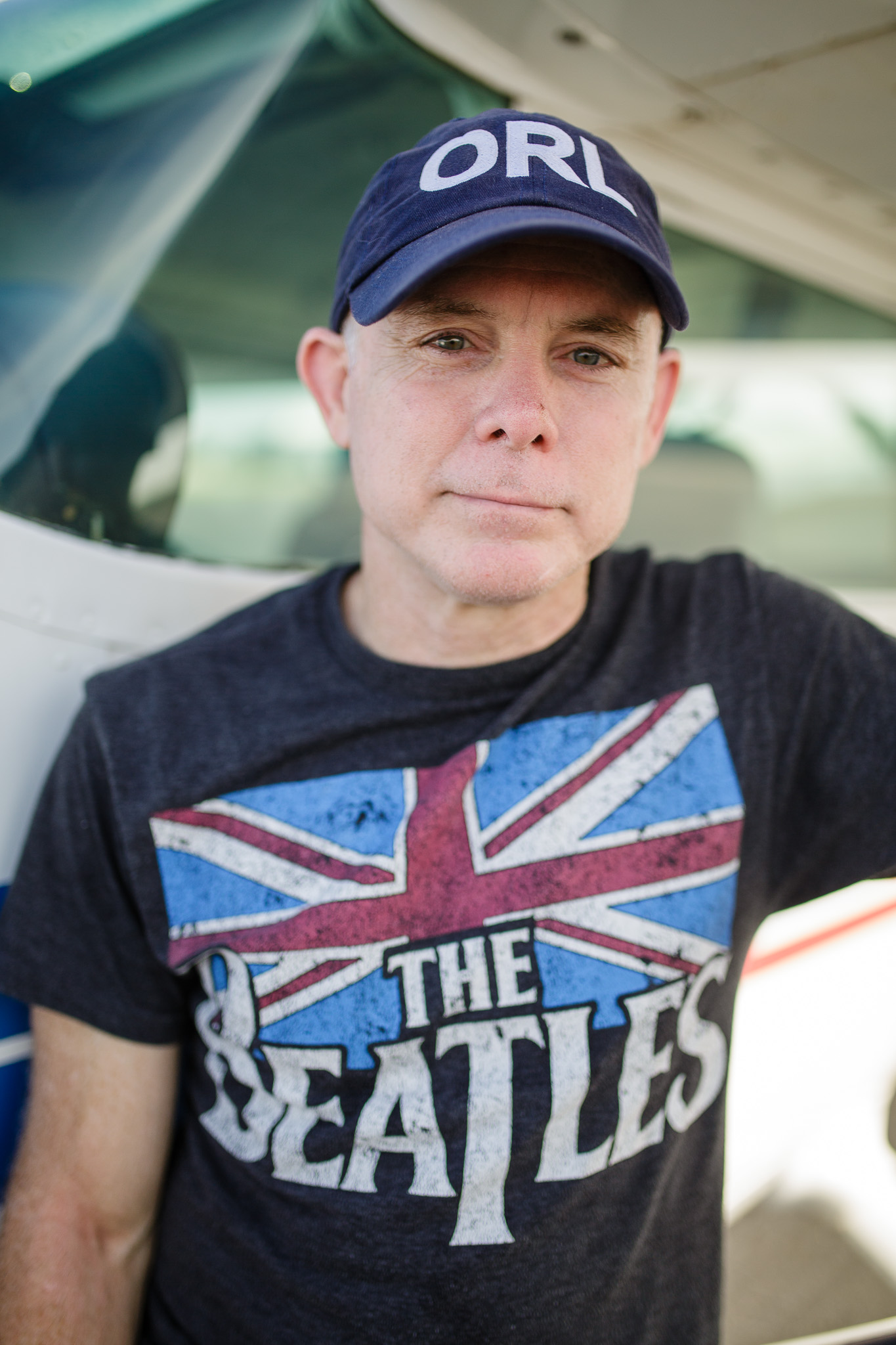 Jim: You start with the tough ones first, don’t you?

Jim: Okay. My name is Jim Hobart. I am going to be 52 this fall if that is relevant. I live and work in Downtown Orlando, and I am a photographer and owner of MacBeth Studio.

Jim: We are currently sitting outside on the porch at Atlantic Aviation, at the Orlando Executive Airport here in beautiful downtown Orlando. It is a breezy and sunny summer morning. The only time of day [laughs] you want to be outside this time of year. We’re sitting in the shade on the east side of the building, so the sun isn’t burning us up already.

I love airports. I especially love small airports first thing in the morning. As you know when we went flying, the cool morning air and the quiet airport before things get busy, and the hustle and bustle of life, it’s just such a … It’s a place that lets me forget all of the other chaos going on in my life and in Orlando at any given time.

It’s important to me because it, this is going to sound ironic, but it grounds me in a way that it reminds me what’s important to me, and that all that other stuff is mostly noise, and not important. That’s what’s interesting. You mentioned what I was going to ask you next. When we flew together and I was looking down, one of the things that I realized was that it’s almost as if all your worries cease to exist. What is your biggest stressor during the week, that you feel like you constantly need a space to just unwind?

Jim: I’m not good at multitasking. I am a serial processor instead of a parallel processor. I can’t think about more than one thing at a time. During the week there are hundreds, if not thousands of minor details, scheduling changes, equipment checklists. 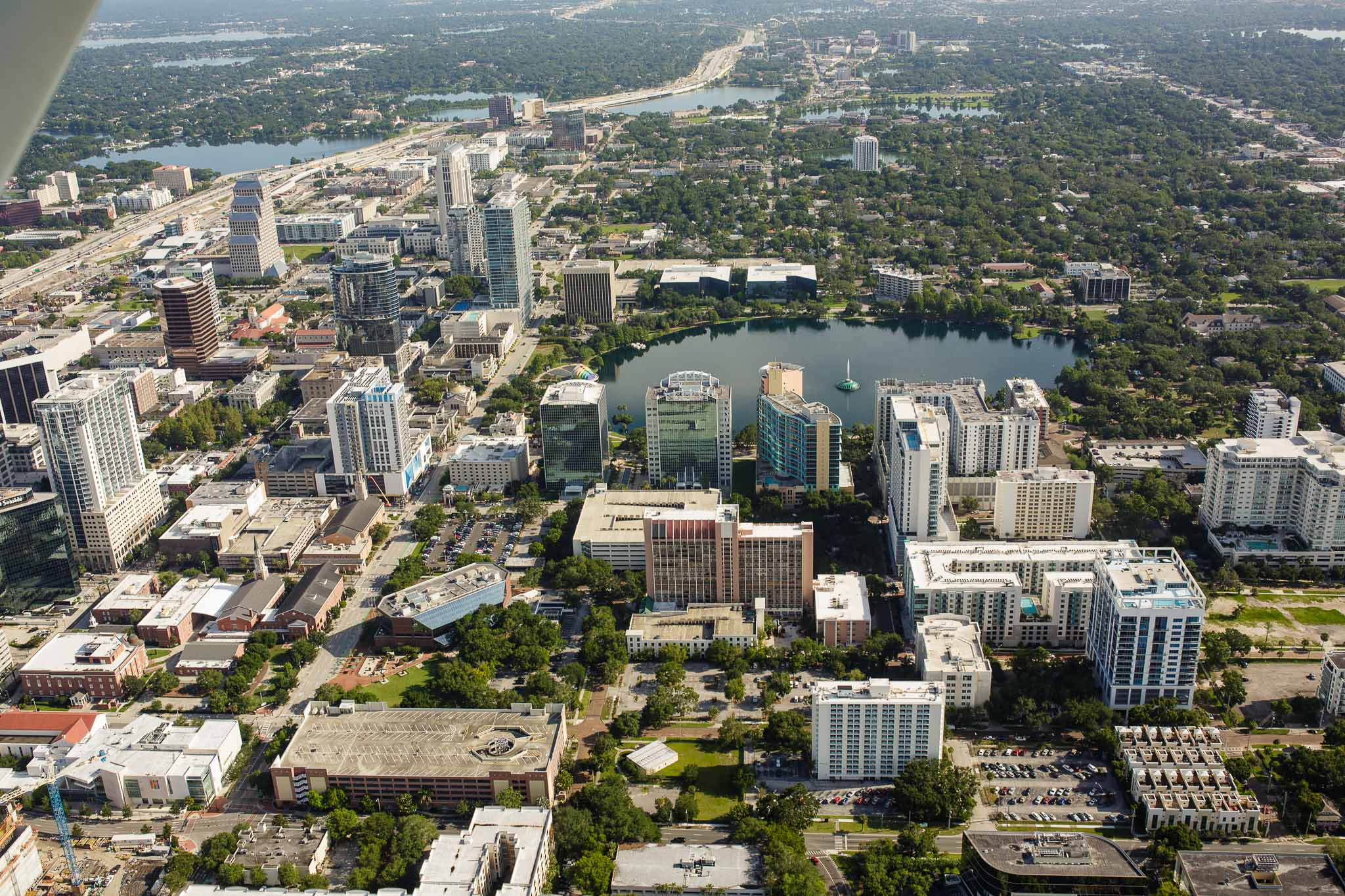 For your photography business, you mean?

Jim: For my work, plus my non-profit that we’re starting, plus all the people that I have to be involved with, both staff and customers. Getting everyone in the right place, at the right time, with the right gear, and that’s just not the kind of person I am. I’ve had to become comfortable with that, to a certain extent.

The reason that I love flying is because it’s all-consuming. When you’re flying, your body, both hands, and both feet, are occupied with something, and your brain is listening for calls on the radio, watching for other traffic, making sure that your altitude and airspeed, and all the other systems are functioning properly.

Because of all that I don’t have time to think about any of the other stuff. Things that seem to be urgent and important on the ground melt away. There’s a quote from Antoine de Saint-Exupéry. He’s the guy who wrote The Little Prince.

“I fly because it releases my mind from the tyranny of petty things.” – Antoine de Saint-Exupéry

Getting down on the ground alive becomes a priority, and that coffee you have scheduled with someone about some proactive thing that’s not even relevant just fades away. It’s very much like we talked about it. It resets my priority list. It helps me see what’s really important. I am. I’m a private pilot. I’m certified for single engine land, which means I can only fly planes that land on the ground, not on the water. Seaplanes are fun, but that’s a whole different animal. I got my license officially on black Friday 2005, the day after Thanksgiving. Flying for 13 years now. I fly at least once a month, almost always for aerial photo missions. We have a lot of clients that request shots from a higher altitude than say a drone can take. I’ve been doing it since before drones were even a common thing to see. I could fly in airspace that you can’t fly a drone as well.

Have you had any scary moments up in the air since 2005?

I don’t think I’ve had any scary moments. By renting from reliable companies who take good care of their planes and pre-checking fuel and making sure the plane is in good shape, I’ve never [knocks on wood] had any mechanical failures or scares at all. There have been a few times that my judgment may not have been perfect and I got into maybe a little too windy conditions that a crosswind can make landings tricky.

Or storms in the summertime start to build and you suddenly realize, ‘I need to get this thing down on the ground soon because it’s going to get messy out here.’ I wouldn’t say scary but there’s times when you realize just how small and fragile you are when you see nature rearing it’s head a little bit. 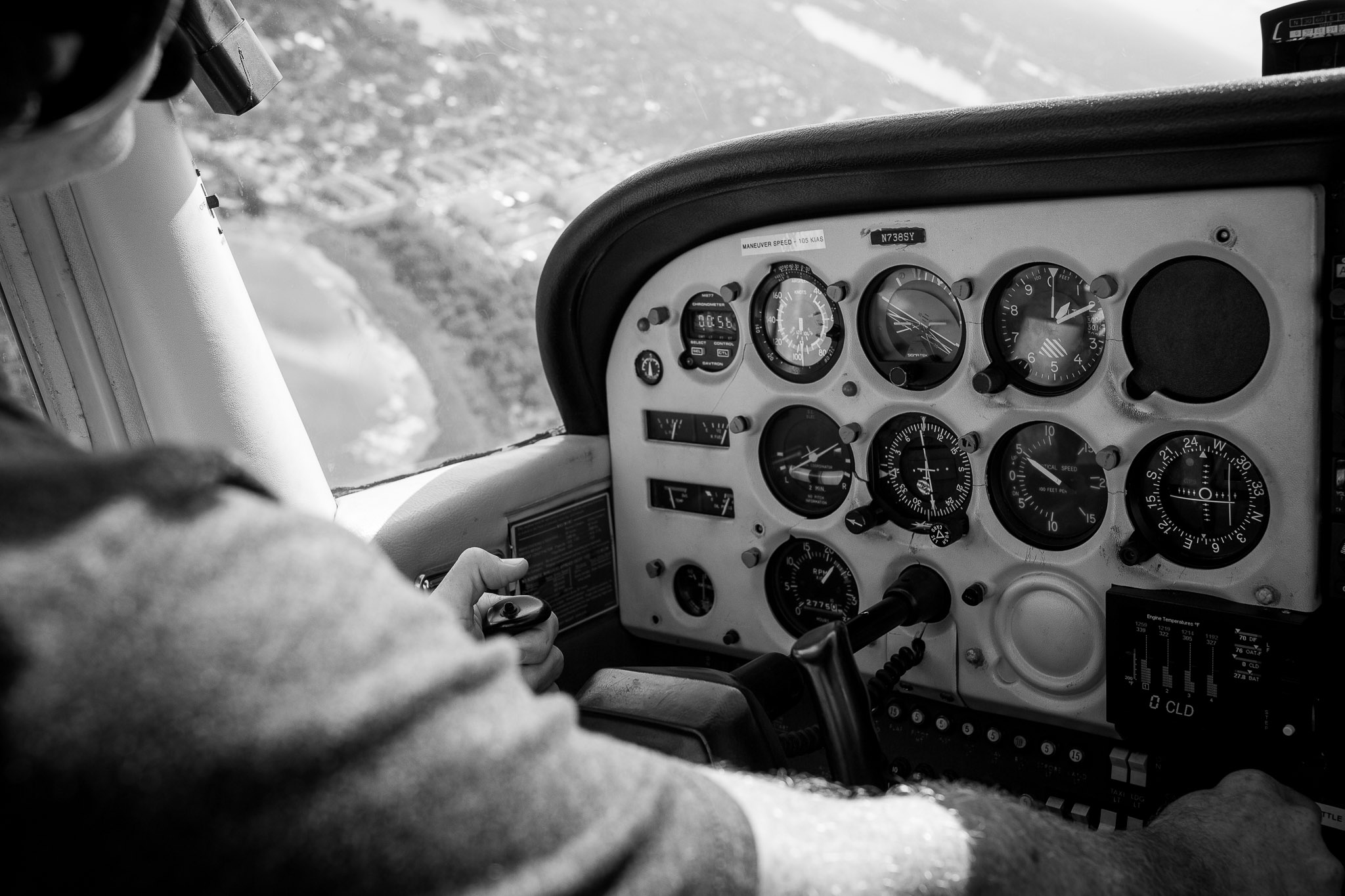 Can you tell me again more about your photography business? What is Macbeth studio? What do you all photograph?

It’s my chance to brag, is it? Macbeth photography started in the spring of 2006 as an aerial photography company, to be honest. The aerial led to some architectural plans and the architecture led to interiors and the interior started to lead towards lifestyle photography. Then in the giant economic crash of 2008 anybody building anything or doing any work on any buildings, immediately stopped. The economy crashing basically meant that nobody was buying or selling anything. Those were my clients. Right about that time I got access to a studio pretty much whenever I needed it.

I began to do my ‘First Friday’ photos as a way to force myself to learn how to photograph people. I put a challenge out there and said, ‘Anybody shows up on a first Friday of the month and I will take your picture for a pittance, 20 bucks or something.’ I never knew who would be walking through the door. I had to develop lighting and a style that made everyone look good no matter age, race, weight, size, color, creed, whatever.

Of course anybody who walks in on a voluntary basis is fairly well suited to having their photo taken, but still, some people are very insecure and you had to deal with all kinds of personalities.

After those four years of doing that once a month, I felt like I had pretty much seen everything that I could see. That’s why now Macbeth does a lot of headshot business. We still do lifestyle and aerials. The construction industry has come back somewhat, and so we have clients that require architectural photography as well. Then there’s some fun specialty stuff on the side. Occasionally we do products and catalog lifestyle stuff. No weddings, no babies, no maternity, no families. [chuckles]

Any cool projects you’re working on? I know you have the Legacy Project …

Jim: Yes. I’m glad you asked. There are two and readers will be familiar with both, I believe. We’re starting a new division of our company called the Legacy Life Project, which is capturing the life stories of elderly folks; ordinary people. We’re creating personal biographies of people whose lives are important to someone. If someone has a relative who perhaps was a war veteran, or who perhaps was never in the war, just made a life and had some kids and grandkids. That person has a story worth telling and we’re capturing that.

We’re trying to capture their stories before it’s too late. To learn more about that, you can visit legacylifeproject.com. The other big project is the Local Love Orlando. Local Love Orlando is a 501 C3 non-profit which is using local artists to raise funds and awareness for local, small, non-profits. That’s the nutshell.

How can people keep up with you? 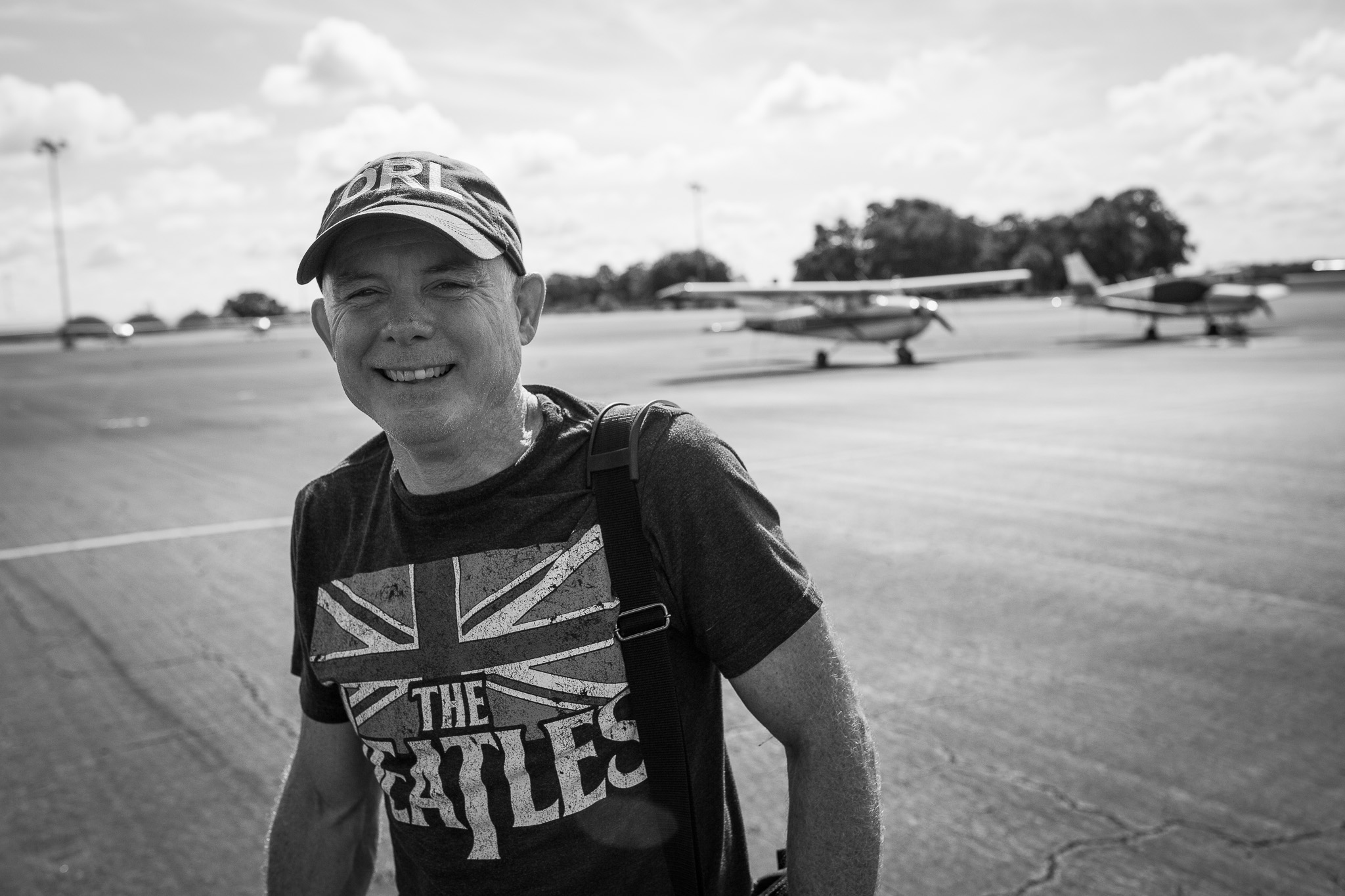