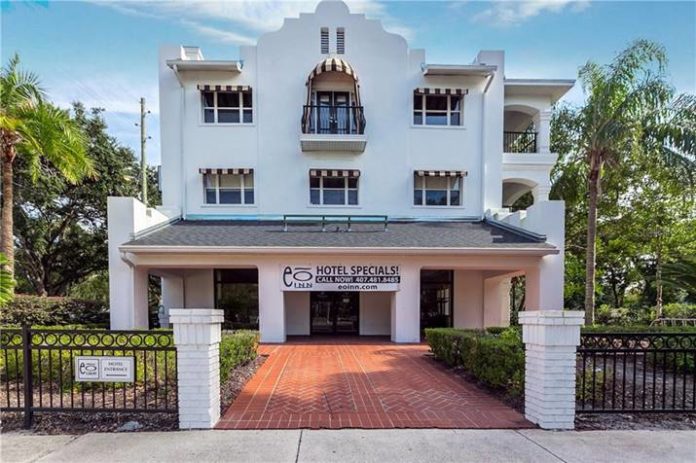 UPDATE: The name of the buyer is Roshan Hospitality, a privately-held company based out of Ormond Beach.

We told you HERE back in January that the Eo Inn had been listed for sale, but we have just been informed that it finally has been purchased.

Located on the edge of Lake Eola Park at 227 N. Eola Drive [GMap] the historic hotel was built in 1928 and was completely restored in 1999 to be used as a boutique hotel. The bottom level used to house a Panera restaurant location but that location closed in 2016 – more on that HERE.

According to Noelle Ward at Olde Town Brokers, the property was listed for $3.5 million but sold for $3.45 million to a new owner who hopes to refurbish the entire building and continue to use it as a hotel.

The name of the new owner has not yet been released.

0
“The walking tour is our way of honoring the time that Fred Rogers spent on our campus as a student and the...
Read more
Straight Trippin

0
POWERED BY FORD VIP BLOGGER PROGRAM AND MULLINAX FORD: This is the latest piece in our new series of columns that we...
Read more
House of the Day

0
Sponsored by FBC Mortgage, LLC: This three-bedroom, two-bathroom home is one of seven lots that back up onto Guernsey Park at 1315...
Read more