A Conversation About How Zoning Broke American Cities with M. Nolan Gray 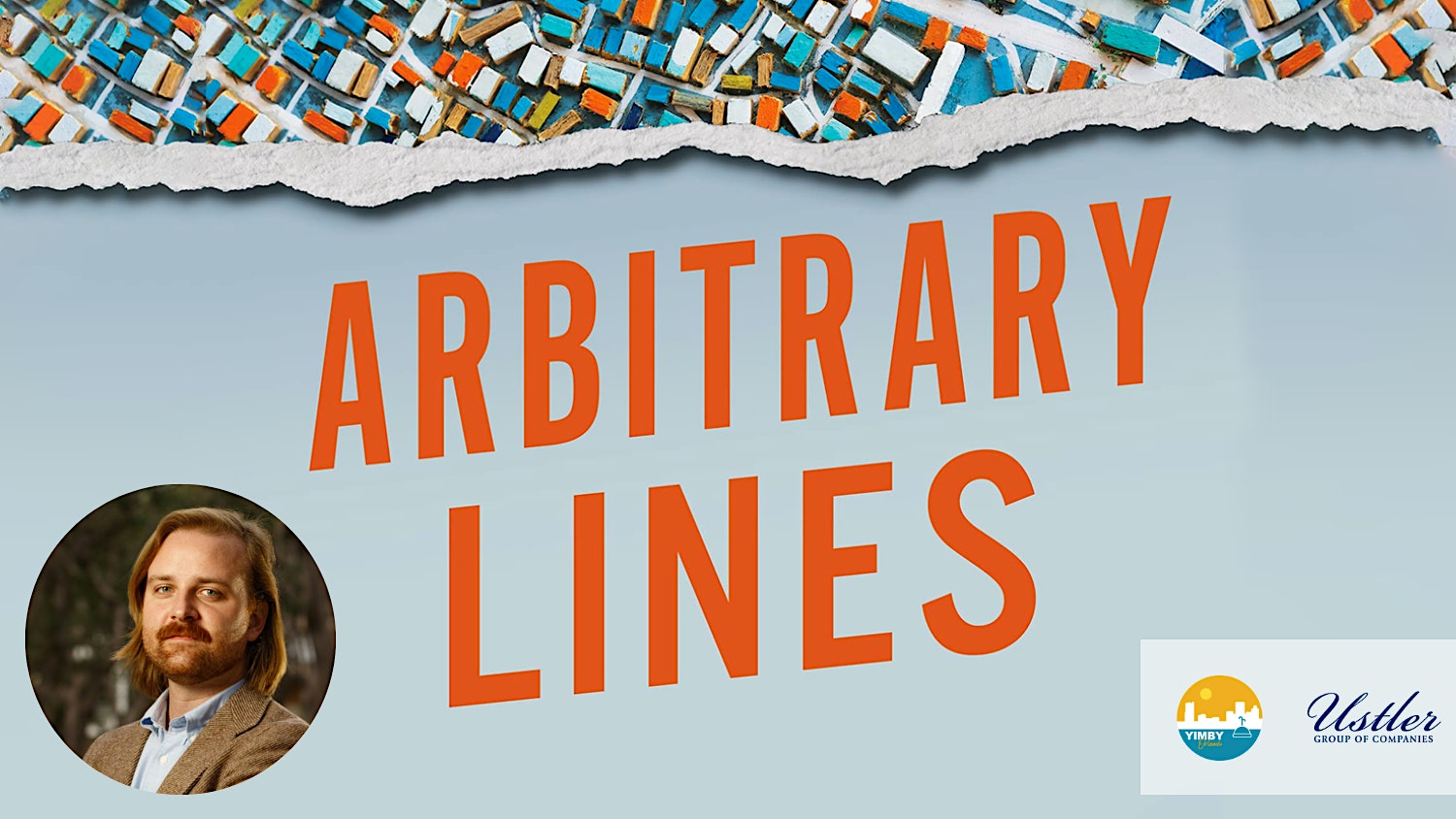 Join a conversation with author M. Nolan Gray about his new book, “Arbitrary Lines: How Zoning Broke the American City and How to Fix It.”

***Transportation: UCF DPAC is easily accessible via the LYMMO Lime Line, and is a few blocks away from Lynx Central Station. Metered street parking is available throughout Creative Village, as well as at UnionWest (see this map for a helpful visual).

(As a bonus, if you want to join the brand new Urbanauts Book Club for a discussion of Arbitrary Lines prior to this event, we encourage you to check them out!)

This event is hosted by Orlando YIMBY and supported by Ustler Group of Companies.

It’s time for America to destroy the arbitrary lines of zoning maps across the country, argues city planner and Mercatus Center Affiliated Scholar M. Nolan Gray in Arbitrary Lines: How Zoning Broke the American City and How to Fix It. With lively explanations and stories, Gray shows why zoning abolition is a necessary—if not sufficient—condition for building more affordable, vibrant, equitable, and sustainable cities.

These rules control many aspects of American life and work patterns, which in turn has forced cities into segregated and sprawling design. But, it doesn’t have to be this way, writes Gray. Many cities and states are embracing reforms, like Minneapolis, Fayetteville, Ark., and San Diego.

In Arbitrary Lines, Gray outlines why the thriving city is so essential for economic growth and advancement, how zoning has stymied us from the pursuit of such growth, and why such a regime should be overthrown. He lays out a blueprint for city planners on how to build the American cities of the future—without these arbitrary restrictions that so cripple us from maximizing our potential.

M. Nolan Gray is the research director for California YIMBY and an expert in urban land-use regulation. He is currently completing a Ph.D. in urban planning at the University of California, Los Angeles. Gray previously worked as a planner in New York City, where he worked on the front lines of zoning. Gray is a widely published author, with work appearing in outlets such as The Atlantic, Bloomberg Citylab, and The Guardian. He lives in Los Angeles, California and is originally from Lexington, Kentucky.

About the Host Organization

Orlando YIMBY (“yes in my backyard”) is a non-profit organization that advocates for housing abundance in the Greater Orlando area. Orlando YIMBY is chapter of YIMBY Action.

To learn more about the Supporting Organization, visit www.ustler.net.