Contigo Fund invites you to join us for ALL Black Lives Day to mark the end of Black History Month (observed) – on Tuesday, February 28th – to center and celebrate our Black Trans and Queer community in Central Florida as we resist rising anti-LGBTQ and racist violence and the eraser of Black history in Florida through a special evening of Black Joy, Solidarity, and Unity!

The All Black Lives Grant, originally All Black Lives Fund, was created to build on the movement inspired by and in solidarity with #JusticeforGeorgeFloyd. The grant is motivated by the numerous and often ignored cases of violence and murders against our Black Transgender family at the hands of police brutality, white supremacy, and transphobia. Launching this grant was the ultimate show of solidarity from the city of Orlando and the community.

The effort to raise funds began on June 10, 2020, as a nationwide action led by the Trans People of Color Coalition in response to the shooting of Tony Mcdade in Tallahassee on May 27, 2020. Later in 2020, Contigo Fund launched the initiative to raise funds for Central Florida to address the needs of the Black Trans community in Orlando. The grant supports grassroots organizing to build visibility and power, promote safety, and amplify the demands of those impacted by anti-Black racism and gender discrimination. We invite you to celebrate Black Joy and learn about the fantastic work previous All Black Lives grantees have done and continue to do in our community.

Confirmed speakers & Performers include the following:

We hope to see you at this celebration of Black Lives,

Reggie Warren, Come Out With Pride 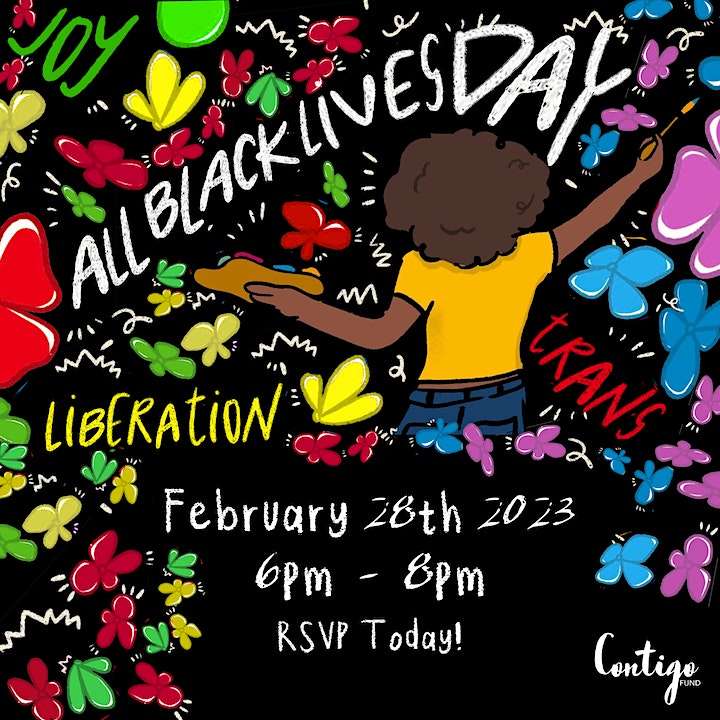