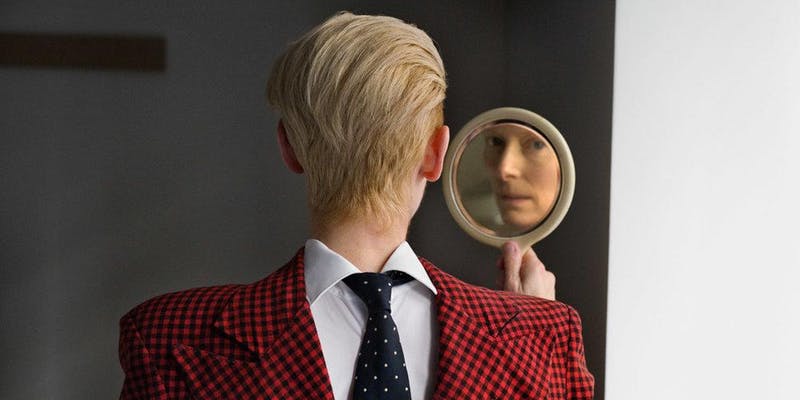 Duane Michals: The Portraitist presents the first comprehensive overview of inventive portraits by this influential photographer who, in the 1960s, broke away from established traditions of documentary and fine-art photography and is still creating original work today.

Spanning Michals’ 60-year career, the exhibition features more than 125 portraits, many of which are black-and-white photographs recently rediscovered by the artist in his New York City apartment. The exhibition highlights the artist’s stylistically varied body of work through portraits that demonstrate his expansive toolkit — sequenced images, multiple exposures, reflections, uncommon vantage points, collage, hand-painting, and other techniques. On his images he often adds handwritten annotations that convey a contemplative tone.

Born in 1932 in McKeesport, Pennsylvania, Michals earned a Bachelor of Arts from the University of Denver in 1953, then spent two years in the Army followed by studies at Parsons School of Design in New York City. His earliest major solo museum exhibitions were at the Art Institute of Chicago in 1968 and the Museum of Modern Art, New York, in 1970. Since then, he has had numerous solo shows, including at the Odakyu Museum, Tokyo (1999), the International Center of Photography, New York (2005), the Thessaloniki Museum of Photography, Greece (2008), and the Scavi Scaligeri in Verona, Italy (2008). His work is located in numerous permanent collections in the U.S. and around the world. Michals lives in New York City.

“I think photographs should be provocative and not tell you what you already know. It takes no great powers or magic to reproduce somebody’s face in a photograph. The magic is in seeing people in new ways.”